We saw tonight how important Neuer is for Bayern - Rakitic 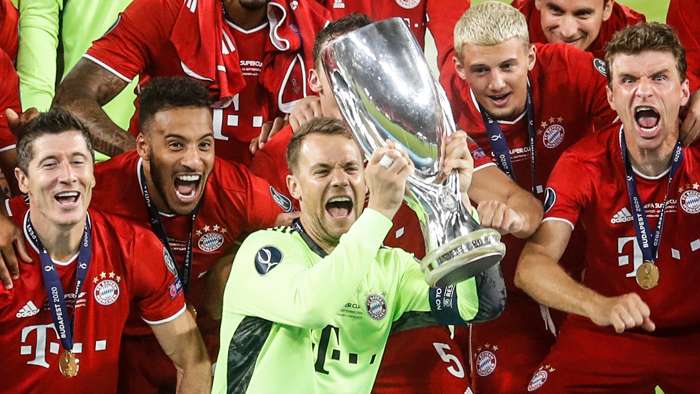 Ivan Rakitic felt goalkeeper Manuel Neuer was the difference between Bayern Munich and Sevilla in the Super Cup as the Bundesliga champions claimed a 2-1 victory after extra time.

Sevillaproved obdurate opponents in the second period, though, and substitute Youssef En-Nesyri came close to ending Bayern's 22-game winning run when put through in the 87th minute, only for Neuer to turn his effort behind.

The Germany international made an even better save for the Champions League winners when he flicked a right foot out to divert En-Nesyri's attemptonto the post at the start of extra time, but the Sevilla forward did appear offside.

"We saw tonight how important Neuer is for them. We had two great chances to go ahead but he stopped them. Then we gave away a silly corner and they scored.

"Nevertheless, we can be proud of how we played against the best team in Europe and we feel well prepared for the league season."

Sevilla had been unbeaten since February and certainly performed better than the last La Liga side that faced Bayern, who thrashed Rakitic's old club Barcelona 8-2 in the Champions League quarter-finals.

Julen Lopetegui's men begin their domestic season on Sunday against newly promoted Cadiz in La Liga and Sevilla captain Jesus Navas wants them to quickly put this defeat behind them.

"It was a really even game and in the end it was them who were able to score the winner, but we had our chances," he said.

"We had chances and didn't take them. We need to bounce back and carry on."

Joan Jordan thought Sevilla could take heart from the display, though.