'We were miles behind!' - How Chelsea overtook Barcelona, Ajax and Man Utd to become world's best academy 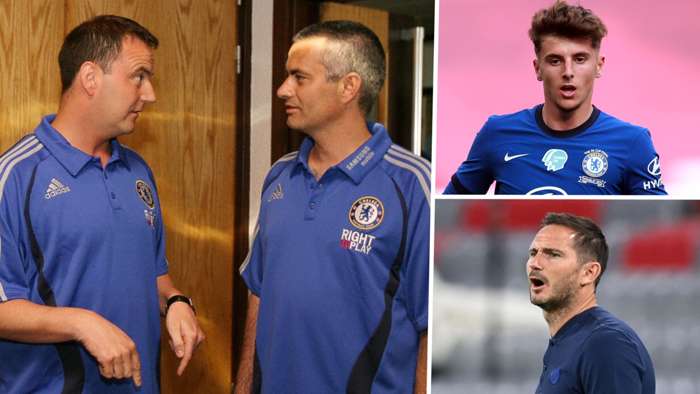 For over a decade, the staff at Chelsea's academy knew that the work they were doing was ground-breaking but they nonetheless had a weak defence against criticism over the lack of homegrown talents in the first team.

At under-age level, though, the Cobham academy was starting to yield impressive results.

And now, we are finally seeing academy stars in Chelsea's starting 11. Indeed, last season, a club-record eight homegrown players made their professional debuts for the first team.

However, the former Blues midfielder always intended to tap into the club's reservoir of young talent, not least because two of his assistants, Jody Morris and Joe Edwards, had previously worked at Cobham and were fully aware of the potential of its best players.

The net result is the likes of Mason Mount, Tammy Abraham and Reece James becoming regulars in the senior side this season, much to the delight of Chelsea youth coach Sam Page.

"We do use their journey to the first team to inspire the kids," Page tells Goal.

"It is great to have role models for our young players as it sends a message that hard work does pay off. It is no surprise to us that players like Mason, Tammy and Reece have gone on to achieve great things.

"They are not only talented but they were willing to put in the work and graft associated with a top performer in football. When Frank has come to speak to academy staff, he has spoken about how the academy products' dedication is a major factor in why he likes them so much.

"That’s an important point to get across to our players because this generation of U11s, U12s, U13s I work with are all very talented but, unfortunately, talent alone isn’t enough; you need hard work and determination too.

"I remember when Reece and Mason were working on their technical skills every week. All the effort they put in was an example to the others. They had natural gifts but they showed that you need to put in the hard work to make that journey to senior level.

"It is one of the most enjoyable parts of my job is seeing young boys turn to men, too. Seeing them perform on the pitch is one thing, but hearing how they talk in interviews is another.

"I remember I worked with Ruben Loftus-Cheek when he was in the Under-18s team; he was young and shy but we knew that he was a special talent. Working with him, doing his analysis and helping with his football intelligence work, that was really important at that phase of his career.

"We showed him clips of Frank, because he needed that elite example to help him reach the level he wants. He was always a good young man but he was shy at U16s level. Now, he has become confident and assured, which comes across in his interviews."

As well as being the U11/U12 Head Coach, Page also serves as the Digital Player Development Coach at Chelsea FC Academy, having first joined the club in 2006 as one of the first two performance analysts.

His experience and expertise in the implementation and use of technology made him a key part of Neil Bath's grand plan to close the gap to clubs like Manchester United, Barcelona and Ajax, who were seen as having better academies than the Blues when Roman Abramovich bought the club in 2004.

So, Chelsea's head of youth development is delighted by Chelsea's success at under-age level. However, Bath is even more proud of the fact that more academy players are forcing their way into the senior squad than ever before.

"When we restructured the whole academy," he explains, "we spoke about becoming the best academy in world football and we were miles away from it at the time.

"If we have the best talent and the best coaches, then we are going to be great. If we win trophies along the way, then great, but ultimately, it is about getting players into Frank's team. And, in terms of debuts and appearances, this is probably the best season we've ever had.

"The young kids are now seeing what can be achieved, while we also have good, genuine, honest people around creating a family environment at the club."

Chelsea have certainly done a fine job finding the best coaches to guide their youth teams. Brendan Rodgers, Paul Clement and Adi Viveash have all gone on to enjoy success outside the club, while Morris and Edwards are still thriving within it.

The Blues have also benefited from their willingness to embrace technology. Digital systems were put in place after the move to Cobham's state-of-the-art training ground in 2007 and, even today, Chelsea are world leaders in this field.

Through a new club department, Chelsea Digital Ventures, the club has become the first to release an app called Perfect Play that replicates their academy experience.

Such was the quality of the app, Chelsea used it as part of their response to the coronavirus pandemic, getting their own players to perform the drills from the safety of their homes while allowing them to be able to track their progress.

Now, anyone can use it and it is the first of what might be a run of high-end digital technology produced from west London, as Page was delegated the project by Bath to deliver their academy coaching to a wider audience.

"Neil has always wanted us to push the boundaries of our coaching programme and the way we coach players, the digital space is fundamental to that," he reveals. "When I first got involved in the club, there was no performance analysis or video analysis.

"I was one of the two people who set up that particular department. It was at that stage that only a few clubs were filming games and if they were, it was just watching it back through a media player of some sort.

"Neil is really determined to cater our coaching programme to the wants and needs of our players, while still having the core aspects which are really important to our coaching culture. We have to consider how a player Mason's age who come through the ranks is different to our Under-11s now.

"While we were in lockdown and not able to coach, we offered a variety of digital forms to coach our players. Perfect Play was used as part of our home learning programmes we gave our players.

"We offered them the final testing versions and it helped us to get feedback late in the day before the release. We made refinements based on our own players. That feedback had a pretty significant impact in the late stages."

Not only might the app improve your game, but it might also help you understand how Chelsea's current crop of first-team stars was forged. And why the staff at Cobham deserve some long overdue credit for their development.