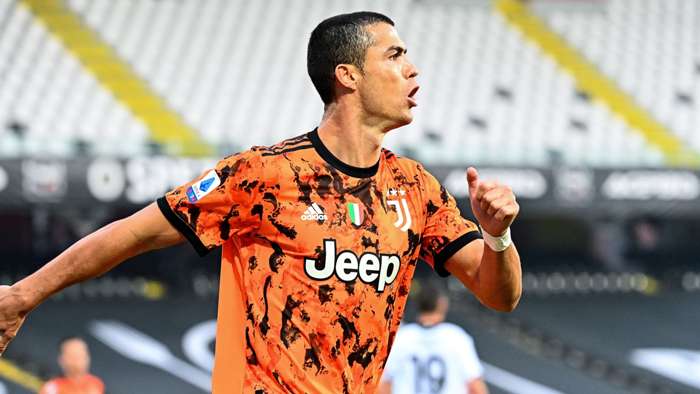 Andrea Pirlo says he was waiting for Cristiano Ronaldo to return to action for Juventus after he helped fire them to a 4-1 win at Spezia on Sunday.

The 35-year-old was named among the substitutes for the Serie A match against the newly-promoted side and was introduced 11 minutes into the second half, replacing Paulo Dybala.

Ronaldo needed just three minutes to find the net and restore his side's lead and then converted a penalty with 15 minutes remaining to round off the scoring.

Pirlo was happy with his side's performance, which lifted them back up to second place in the table.

"We changed our system a bit, we knew Arthur would have been more free to play a little behind. Ronaldo is improving and we were waiting for him," the coach told Sky after the game.

"Both him and Dybala are improving, let’s see how everyone feels in the coming days.

"We always play with four defenders in the defensive phase. I had these players available, when everyone will be back we’ll see how we can play but the setting will be the same.

"We are improving, some players are coming back from injuries and we’ll have time to work on our ideas.

"Slowly, we’ll see in games those situations that we are preparing during trainings. We need to pick up the players between the lines, once we do it, we only need to think about attacking their area.

"I’m trying to simplify the defensive phase with two tight lines, we need to be more aggressive once we lose the ball, it’s less tiring to run five metres ahead rather than track back for 70 metres."

He added:"We played a good match in the second half. We were well placed on the pitch with the desire to win andRonaldo gave us a hand."