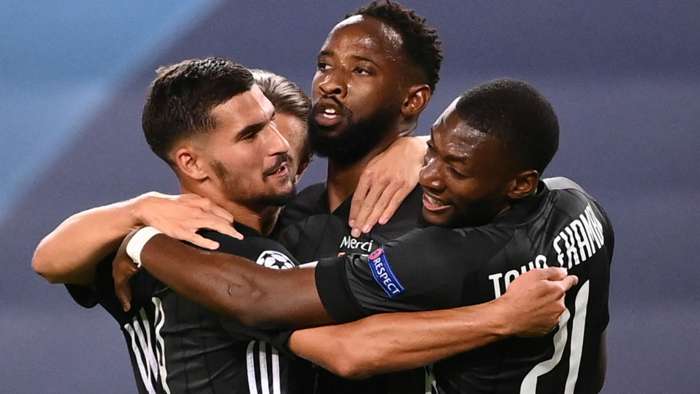 Lyon coach Rudi Garcia was elated after leading his side to a shock Champions League victory over Manchester City, affirming that he got the best of Pep Guardiola when it came to tactics.

After the fury of seeing Ligue 1 cancelled due to the coronavirus pandemic - a decision that left Lyon out of European competition for 2020-1 - they have now disposed of two continental giants, having squeezed past Juventus on away goals in the previous round, leaving Garcia in awe of his battling charges.

"Proud of my troops, proud of my players. We believed in us, that we could achieve this feat," the coach explained toRMC Sportafter the final whistle.

"We only conceded one goal and that is due to the team spirit of the group. Moussa was disappointed but as I said before the match, I knew he was going to be decisive when he came back. I am delighted that he scored twice as he had not yet scored in the competition.

"With Pep, you have to expect anything. We knew he could cook up something to destabilise us, but we can say we won the tactical battle. After Leipzig, we mainly wanted to be in the round of 16 and that's what we had achieved. If we show that mindset, we can do something against Bayern."

Lyon president Jean-Michel Aulas was also on top of the world after seeing his side progress to the semi-final against Bayern, telling RMC Sport: "It's wonderful. We have a group that has transcended itself. We already had good players but the psychological side was missing.

"I am very happy tonight.It's great to have pulled offqualification against Juve and City. We know that Manchester City are a machine and that they should have passed so yes it is an achievement.

"It is also a huge feat after whathas been going on for months with this League which stopped ten rounds from the end with Lyon inseventh place.