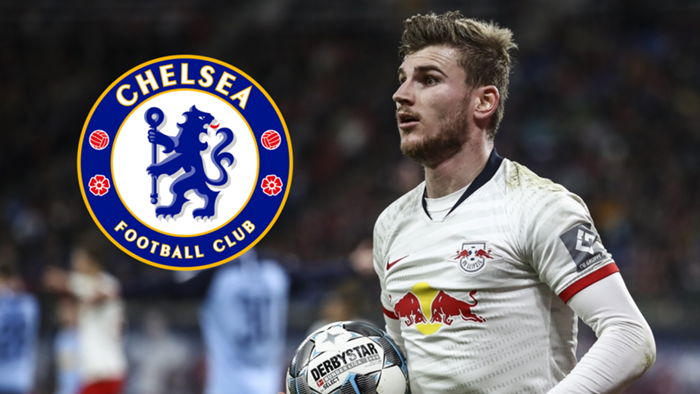 Timo Werner is “excited” to begin his Premier League career at Chelsea, with the £47.5 million ($63m) striker looking to hit the ground running in England.

Frank Lampard is currently in the process of easing a number of fresh faces into his squad, with another friendly outing set to be taken in against Brighton on Saturday.

Werner is set to figure in that contest, with the 24-year-old frontman having been joined in west London during a busy window for the Blues by Hakim Ziyech, Ben Chilwell, Malang Sarr and Thiago Silva.

Many of the new arrivals are Premier League rookies, meaning that they must settle quickly in new surroundings, but Werner is looking forward to that challenge.

A man who hit 95 goals in 159 appearances for Leipzig told Chelsea’s official website of his early experiences and ambition for the future: “I’m very excited. I can’t wait!

“I was training on my own for a while when I first signed, but I’ve been working with the whole team over the past week or so and it’s been great.

“It was strange at first when I arrived because you just want to work hard, meet all the team and get straight to it on the training field but I had to be patient.

“I’m very happy that the league starts in two weeks and I’m excited to test myself in the Premier League.”

The 2020-21 campaign will open as the last one finished, with no supporters in attendance during the coronavirus pandemic.

That could help new boys to find their feet, with slightly less pressure placed on their shoulders, but Werner is looking forward to showcasing his talent in front of packed arenas.

He added: “It’s very strange to be playing in empty stadiums but now I think it has actually become quite normal, because we played the last 10 or so games without fans.

“Of course, we have to accept this but also you could really see the difference between the first half of the season with fans, and the second without. It’s a big change and it’s a different part of the sport that you have to get used to.

“With the fans in the stadium, there’s more passion and lots of emotions and that gives you more on the pitch. It gives you a push to beat the opposition and of course, we want the fans back. But for now, we have to play in a quiet stadium.

“Hopefully we will be able to have fans back in the stadium soon, because that’s what everybody wants. Maybe it won’t be there for the first few games but hopefully soon, because we want them with us.”