What is Lionel Messi's contract clause and how much would he cost if Barcelona sold him? 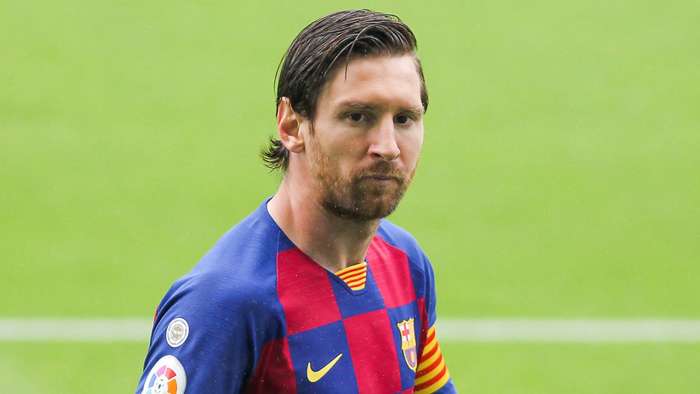 It is difficult to imagine Lionel Messi playing for a club other than Barcelona, but rumours that the Argentine's time in Catalunya is approaching an end have intensified over the summer.

The speculation has been fuelled by the fact that Barca have endured a truly dismal season, one which saw the club miss out on La Liga glory before being dumped ignominiously out of the Champions League.

Off-field issues related to club politicshaven't helped matters either, with Messi being uncharacteristically vocal aboutpronouncements that havebeen made by some sporting directors.

With his contract set to expire in 2021 and no guarantee that fresh terms will be signed, it is possible that Barcelona could look to cash in on a player universally deemed one of the best to have played the game.

So how much would it cost to buy Messi? Goal takes a look at the forward's contract clause.

Lionel Messi's contract buyout clause (or release clause) is €700 million (£630m/$825m). The hefty clause was put in place when Messi signed a new four-year contract with Barcelona in 2017. That deal expires in 2021.

"Lionel was always very happy at Barca and we want him to retire here, as he wishes,"Barcelonadirector Guillermo Amor explained when Messi penned a new deal in 2017."We are talking about the clause and with Neymar's experience we must protect ourselves."

If a club wished to buy the six-time Ballon d'Or winner and they could afford it, they couldmake a bid of €700m, which Barcelona would have no choice but to accept.

Such a transfer fee would shatter the world record set when PSG bought Neymar, though it is highly unlikely to ever transpire, particularly with Messi being subject to the same effects of time as everyone else.

Considering the state of playwith Messi's contract expiring within a year, if the Argentine really wanted to leave, it is more likely that Barca would be left with little choice but to accept a bid lower than the clause.

Indeed, the tremors of the coronavirus pandemic have yet to be truly felt in the football transfer market, but the expectation is that fees are likely to drop on average.

While most clubs in the world would like to sign Lionel Messi, only a select few would realistically be able to afford him. Even if Messi left Barca on a free, his wages at any new club would require deep pockets.

Manchester City, Inter and PSG are the main clubs touted as potential destinations for Messi.

The fact that Pep Guardiola, who worked with Messi during his time at Camp Nou,is managing City is seen as a major plus for the Premier League side, with one pundit suggesting Messi was like Guardiola's son.

Inter, meanwhile, have consistently indicated their intention to bring the Argentine to San Siro and former Nerazzurri director Massimo Mirabelli has suggested that it is very much a possibility.

“I can assure you that Messi is more than a dream for Inter," Mirabelli told Radio Sportiva."He now has only a year left on his contract and Barca don’t want to risk losing him for free next summer."

Despite the speculation linking Messi away from the club, however, new Barca boss Ronald Koeman is hopeful of convincing thetalismanto remain at Camp Nou.

"It’s up to me to find a way we get the best out of Messi, that he’s happy hereand that he feels important," Koeman told NOS."He’s the captain and he should end his career at Barcelona. Messi is Barcelona and Barcelona is Messi.”

In football, a buyout clause - sometimes referred to as a release clause - is a clause in a footballer's contract which indicates a transfer asking price that, if met in a bid, must be accepted by a club.

The fee is usually set considerably higher than a player's perceived market value in order to act as a deterrent to potential bidders, but can sometimes be relatively low in order to encourage bidders.