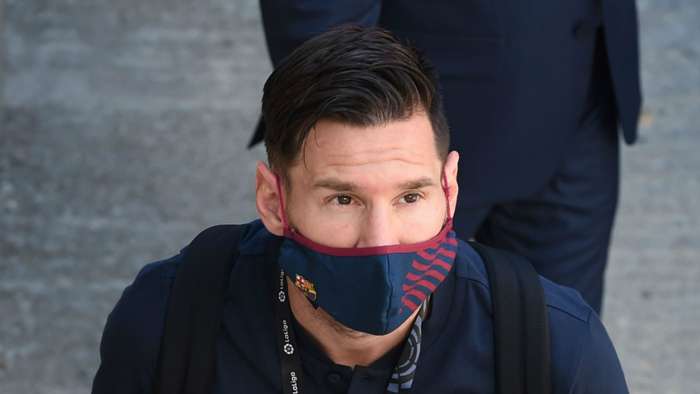 Inter, Paris Saint-Germain and Manchester City, who are managed by former Barca boss Pep Guardiola, are considered the realistic candidates to sign the 33-year-old.

Muller considers Messi to be arguably the greatest footballer of all time and is intrigued to see where the superstar forward ends up if granted his wish to leave Camp Nou.

"The day Messi and Barcelona go their separate ways had to come at some point," Muller said at a promotional event for Hoffner."Of course, you would have thought that would be the end of his career but now it seems to be different.

"Lionel Messi is one of the best footballers on the planet, maybe even the best of the last 100 years, although everyone will have their own opinion. If you ask Pele, he may see things slightly differently! Now there will be a change and it could become interesting for football.

"Besides Barcelona fans, which I understand, nobody views this in a bad way, but are instead curious about what new paths could open up."

Bayern, who thrashed Barcelona 8-2 en route to winning the Champions League, had also been tipped to move for Messi should he be available on a free transfer.

However, CEO Karl-Heinz Rummenigge ruled out a move on Thursday and Muller has joked his side were never truly in the running to sign the Argentina international.

"I've spoken to our CEO once or twice in the last few months and I don't think we can do anything about that," he said.

Despite his impactfor treble-winners Bayern this season, Muller has been left out of Germany's latest squad for their upcoming UEFA Nations League games against Spain and Switzerland.

The versatile forward has not been called up by Joachim Low since November 2018and has insisted he is not bothered by the continuous snubs.

"Of course, due to the team success and my role in it, this national team question has surfaced again in the last few months," he said."But relatively clear statements have been made from all sides. That's why there is no new stanceand it is currently not an issue for me.