When was the last time England beat Republic of Ireland? 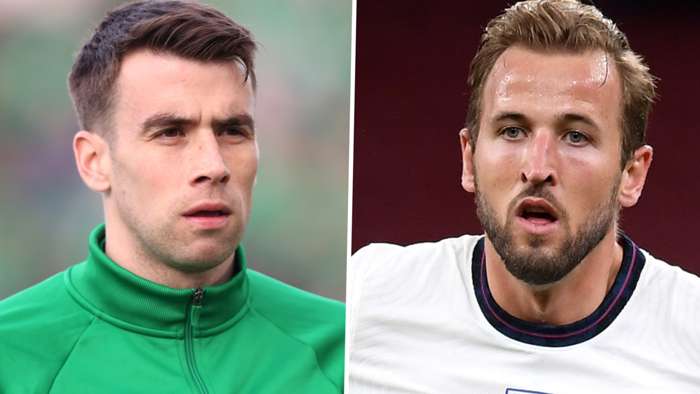 England have cultivated a number of rivalries on the football pitch over the years and one of their fiercest is against the Republic of Ireland.

Matches between the near neighbours have been closely contested, with many of the players being familiar with each other from plying their trades in the same leagues.

But just when did the Three Lions last triumph over the Boys in Green and what is their record like?

England last defeated Ireland on March 26, 1985 when the sides met in a friendly match at Wembley. The Three Lions won the game 2-1.

Trevor Steven put England ahead just before half-time with his firstgoal for his country as he capitalised from a Mark Hateley flick-on to beat Ireland goalkeeper Packie Bonner.

England's second came through Gary Lineker - scoring the first of his 48 international goals -when henarrowly beat Bonner with a chipped shot in the 75th minute.

Ireland pulled back a consolation goal through Liam Brady as he combined with Frank Stapleton to carve open the Three Lions defence, though his strike needed some fortune to beat England keeper Gary Bailey.

Bobby Robson was manager of England at the time and he was preparing his side for the 1986 World Cup.

Ireland were managed by Eoin Hand and, though they boasted players like Stapleton, Brady and Paul McGrath, the Boys in Green had yet to taste qualification for a major tournament.

"I've watched the goal a few times - it was a pivotal, seminal moment of my career," Lineker later said of his goal against Ireland that day.

"It was a great pass from Peter Davenport, perfectly weighted. It was quite a goodfinish, one that I liked quite a lot.

"It was an amazing feeling to not only score for England, but your first goal for England - and at Wembley - was something I'll never forget."

England's overall record against the Republic of Ireland (as separate from the old 'Ireland' team)is favourable, with five wins, nine draws and just two losses.

In competitive games only, England's record against Ireland is: Two wins, one loss and five draws in eight meetings.

While England hold the historical advantage over their near neighbours, as noted, they have not beaten the Boys in Green since 1985, going seven matches without a win.

That streak - seven games without winning - is England's joint-worst winless run against an opponent(Romania joint with Ireland).

The Three Lionsnotably lost 1-0 to Ireland at Euro '88 in Stuttgart and the teams played out a 1-1 draw two years later at the World Cup in 1990.

They were then drawn together in the qualification stage of Euro '92, but could not be separated, with 1-1 draws occurring in London and Dublin, with England topping the group ahead of Ireland by a point.

*Match abandoned after 27 minutes. Ireland were 1-0 up in the game, but for record purposes the game is deemeda 0-0 draw.

Since then, there have been no competitive meetings between the teams, but there was nothing friendly about their 1995 international at Lansdowne Road, which was abandoned after 27 minutes.

Ireland had been leading the match thanks to a David Kelly goal, but disturbances among England supporters descended into a running riot, with projectiles being thrown, and the game was called off.

At the time, Jack Charlton, who was coming to the end of his tenure as Ireland boss said:"I have seen a lot in football but nothing like this."

However, friendly matches between the sides, such as those played in 2013 and 2015 have passed off without incident - some might say both on and off the pitch!