When will Manchester City see the best of USWNT star Rose Lavelle? 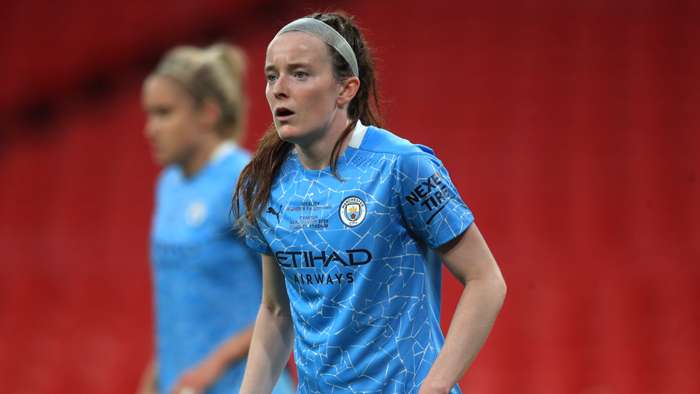 When the United States won the Women’s World Cup in the summer of 2019, thegame plan in the final was focused on finding Rose Lavelle.

For the second goal of the game, the one that killed the match off at 2-0, she did the latter, giving the USWNT itsfourth world title and second in succession.

When she arrived in England then, signing for Manchester City 12 months on from that triumph, expectations were high.

This weekend’s Manchester derby would be one of those games where fans watched on eagerly, waiting to see what impact Lavelle could have.

But for her spell at City to be the success that the football world craves, patience is paramount.

The 25-year-old has enjoyed a rather unique rise to stardom, with her status in the game builtlargely onher international exploits.

When she went to the World Cup last summer, she had more senior caps (24) than appearances in the NWSL (22), the top flight in the United States, due to a number of injuries.

Even this year, before her move to City, her minutes were managed carefully in the NWSL Challenge Cup, where only two of her four appearances for the Washington Spirit were starts.

An ankle injury set her back upon her arrival in England, which came a few weeks after her signing was announced, with her debut coming in the sixth game of City’s season, off the bench against Tottenham.

In a short 28-minute cameo though, Lavelle showed her class. Pulling off a few clever flicks and dazzling dribbles, she exploited the space in between the midfield and the defence brilliantly, as she did so memorably throughout the World Cup.

“I think she’ll affect the game wherever she plays,” City head coach Gareth Taylor said after that game, a 4-1 win at the beginning of October.

“It’s just been a case of being patient with her, making sure that she’s ready. She’s getting a lot closer to a start, but there’s real competition in midfield and that’s what I wanted.”

Since then though, we’ve not seen much more of Lavelle in that No.10 role. She’s played on the wing, she’s even played as a No.9, but rarely in the position that she has established herself as a world-class player in.

Part of that is down to the system in which City plays, with a4-3-3 set-up not naturally accommodating a No.10.

In that midfield three, Keira Walsh, Caroline Weir and Sam Mewis, Lavelle’s USWNT team-mate, have seemingly established themselves as a first-choice trio.

All three of them have been in good form this year, too. However, none of them can offer what Lavelle does and, given that City hasstruggled at times to break down compact defences, sometimes they are crying out for her.

The games in which Taylor’s side dropped points, draws against Brighton and Reading respectively, were prime examples. Even theWomen’s FA Cup final victory, which was secured in extra-time, showed how City can struggle at times to unlock the opposition in the final third.

Lavelle did start that final, but out on the left wing. Withdrawn after 70 minutes, it was a frustrating game for her, having only 39 touches and just two in the box.

“All of our attacking players need to be capable of playing across that front three at times,” Taylor said earlier this season. “We have to have players who are flexible.”

City will go into this weekend’s derby sat fifth in the WSL table – five points behind Manchester United, itspace-setting rivals.

The Red Devils put on a defensive masterclass against Arsenal last weekend, limiting the Gunners to very few chances and Vivianne Miedema, this week named at No.2 in Goal 50, to almost nothing.

City has more than enough quality to get a result from the game, even without Lavelle. This is a team whichhas won back-to-back FA Cup titles and finished in the top two in the WSL for the last five seasons.

With her still building up her fitness and embedding herself into her new surroundings, it’s understandable that she is yet to be properly thrown into the team.

Time is on her side, too. The 25-year-old is here until the end of the season, and we are only in November. Plus, she's already won a trophy.

It would be sad if, in that time, given her spell is likely to be limited to one year, the WSL does not get to see her thrive in a position in which she helped her country win a World Cup.