Who will referee the Champions League final between Bayern Munich and PSG? 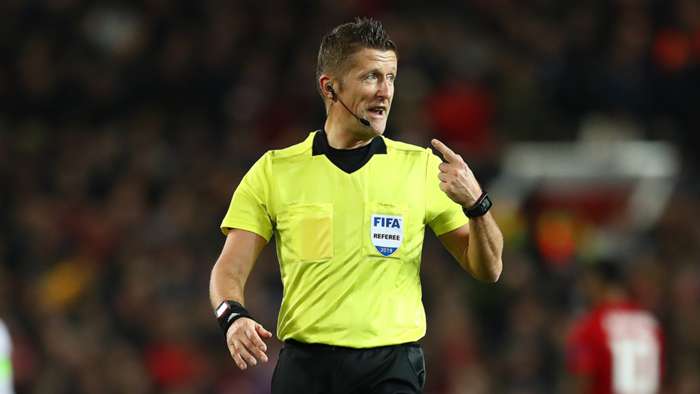 The 44-year-old Italian will be helped by linesmen Lorenzo Manganelli andAlessandro Giallatini, who are both also from Italy, while RomanianOvidiu Hategan will serve as the final's fourth official.

Another Italian in the form of Massimiliano Irrati will take charge of VAR but will be assisted byMarco Guida, while Spanish duoRoberto Diaz Perez del PalomarandAlejandro Herandez Hernandez will also provide support for the officiatingtechnology.

Orsatowas the fourth official for last year's Europa League final between Arsenal and Chelsea which the Blueswon 4-1 courtesy of a brace from Eden Hazard.

The Italian became a FIFA referee in 2010 and served as a VAR referee for the 2018 World Cup in Russia.

In 2017, Orsato was singled out for praise by former Premier Leaguereferee Graham Poll after officiating a fiery Champions League match between Leicester City and Sevilla.

"Italian referee Daniele Orsato made some huge calls which showed confidence but were absolutely correct," Poll wrote at the time in his column for the Daily Mail.

"Samir Nasri was dismissed for a headbutt on Jamie Vardy, despite replays showing there was a complete over-reaction by the Leicester striker. One could argue that Vardy was 'professional' to ensure his opponent was dismissed or that Nasri was stupid to get involved. I just hate seeing that sort of reaction from Vardy.

"Next up was an interesting penalty as Vitolo flicked the ball over Kasper Schmeichel whose momentum took him into the Sevilla striker. Technically it was the right decision but they are seldom given.

"To round off his evening Orsato then sent Jorge Sampaoli from the technical area for his remonstrations throughout the game. Strong and consistent refereeing."