Why Arsenal shouldn't be written off in Europe 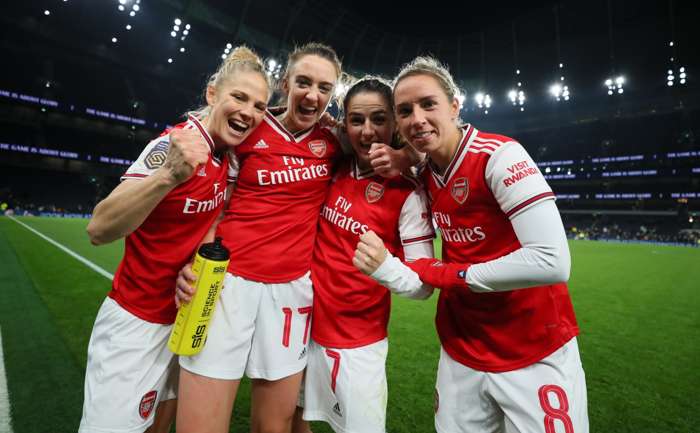 There is a feeling that people have forgot just how good Arsenal are.

But since the WSL ended, with the transfer window in full swing, the hype has generally been around Chelsea and Manchester City, with Arsenal almost cast aside.

Maybe, with a goalkeeper, two defenders and a holding midfielder arriving, Joe Montemurro’s signings aren’t as sexy as City signing a World Cup-winnersSam Mewisor Rose Lavelle,or Chelsea picking up one of the most exciting young talents in the world in Jessie Fleming.

But to disregard Arsenal – the only English team left in the Champions League this season – would be foolish.

Perhaps it was the way their season ended that has prompted people to question whether they have in it them to compete with their rivals this year.

The season before, the Gunners blew everyone away with the incredible football they played under Montemurro, one of the most innovative coaches the WSL has seen.

But this time around, plagued by injuries for many months, they finished third in the league after it was concluded on points-per-game,withskipper Kim Little concedingthat their recent record in big games is far toopoor.

Now, they take on PSG with a fully-fit squad – bar the touch and go status of new signing Lydia Williams – and several new players.

The signings of Steph Catley and Noelle Maritz in particular are brilliant. Both full-backs, they will free wingers Lisa Evans and Katie McCabe from their duties of playing in a back four.

It means Montemurro has two more options for his front three instead and, in general, with the additions of midfielder Malin Gut and goalkeeper Williams too, a lot more depth in a squad.

“All of them were very deliberate signings,” the Gunners' boss explains.

“For the fluidity and the balance of the squad, and to give us as many options as we need for whatever system we go out and play, against whoever we play.

“I think we've got the squad now to a point where whatever phase is happening during the game, I can make the relative changes, whether they are tactically or from a personnel perspective. Whereas probably in the past few years, we were a little bit restricted in that.”

It’s long been a criticism of Montemurro that he chooses to work with smaller squads. With Arsenal playing in four competitions and often playing huge games, missing key personnel and being unable to replace them has come back to bite them regularly.

“We've pretty much got the full composite of every type of attacker that you could ever want.”

The timing couldn’t be better. The men’s Champions League has already shown us just how open these one-legged ties can be, which will suit Arsenal’s expansive game to a tee.

To have a plethora of attacking talent around the competition’s top-scorer, Vivianne Miedema, is a formula that will worry any team.

And to be reinforced defensively as they prepare to take on Europe’s elite is a massive boost.

This PSG team is littered with stars. Marie-Antoinette Katoto has top-scored in the French league for the last two seasons;Christiane Endler is one of the best goalkeepers in the world; now 42 years old, Formiga is an absolute legend of the game; while Jordyn Huitema is one of the best young talents on the planet.

Just last week, this team – as they do so regularly – went toe-to-toe with the all-conquering reigning European champions, Lyon, losing only on penalties in the French cup final.

“Their attacking third is a very, very exciting prospect for them with regards to their speed, their ability to find space over the top and the ability for one on one transitions,” Montemurro notes.

But Arsenal are Arsenal.Their inability to retain the league title this yearis more a nod to how strong the league is getting, rather than their own failures.

Just because they’ve not grabbed as many headlines with their signings this summer, doesn’t mean they aren’t improving and keeping up with the moves of their rivals.

To emerge victorious on Saturday, in this big a game, against this opposition, with so many eyes watching, would send a statement.

It would also silence those who have doubted Montemurro's style in recent months, following the relinquishing of their champions status and their cup final defeat.