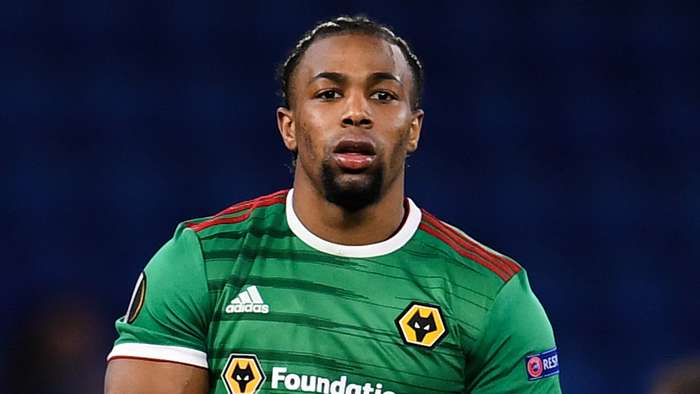 Adama Traore has been one of the most impressive talents in the Premier League in recent seasons with Wolves and his exploits have earned him deserved international recognition.

So why has the 24-year-old opted to throw his lot in with La Roja? Goal takes a look at Traore's international eligibility and the teams he can play for.

Adama Traore is eligible to play for two teams at international level: Spain and Mali.

He plays for Spain because he is a Spanish national who was bornjust outside Barcelonaand grew up in the country, emerging as a graduate of Barca's La Masia academy before making the move to England.

He has represented La Roja at all youth levelsand is expected to nail his colours to the Spanish mast after being included in Luis Enrique's squad for games against Germany and Ukraine in September 2020.

Traore is also eligible to represent Mali at international level thanks to the fact that his parents are from the African country and he thus possessesa birthright to Malian nationality.

It was reported that Traore and his brother Moha had declared for Mali in 2014, but those reports were subsequently contradicted when he played for Spain Under-21s in 2018.

Despite the fact that he appeared committed to Spain at that point, speculation persisted that he would eventually opt to play for the country of his parents, particularly after he was pictured with a Mali jersey.

However, he hinted in an interview with BBC Sport at the beginning of 2020 that he would ultimately commit to Spain - thisdespite withdrawing from a Spain squad in November 2019.

"About Mali, they came to my house. We spoke and after that, the guy posed for a picture giving me a Mali shirt" said Traore.

"With Spain I didn't go because I was injured. When the time comes, you will see which team I decide.

"But if Spain come again I will be in a position to go and train with Spain."

He will remain eligible for both teams until he makes a competitive senior appearance for one and, until such a scenario, Mali will not give up hope of persuading him to join them.

Interestingly, in March 2020 it emerged that the west African team's football association attempted to pull out the big guns in order to convince the Wolves winger into a change of allegiance.

They enlisted the services of former Sevilla and West Ham striker Frederic Kanoute, who made a similar decision during his playing career to declare for Mali, havingbeen born and raisedin France.

"If he is listening to me right now - I am heading your way, Adama," Kanoute said in an interview withBBC Sport.

"The Mali FA has called me to say 'please, please go and see him because you speak perfect Spanish so you can convince him' and so on.

"But the people give you back so much and he has the opportunity to make something big with a very, very talented generation that we have in Mali, so I will try to convince him."

Spain are former world champions and two-time European champions, who are consistently in the top 10 in the FIFA world ranking, unlike Mali, who have never tastedglory on the continental or world stage.

However, a major consideration is the fact that the competition for places in the Spain squad is much greater than it would be for Mali, where he would almost certainly be a guaranteed starter.