Why does Karim Benzema not play for France & can Real Madrid star switch international team? 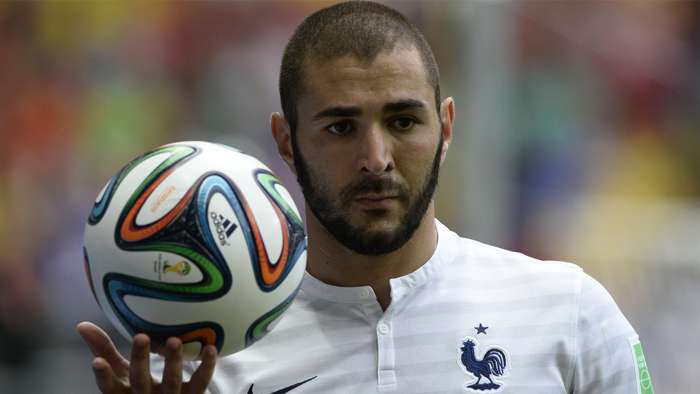 Karim Benzema is one of the most accomplished and prolific strikers in world football, shining for Real Madrid over the course of the past decade.

However, his success at club level - which includes four Champions Leagues, three Liga titles and four Club World Cups - has not been mirrored at international level with France.

The Madrid frontman missed out on Euro 2016, in which France - the hosts - were beaten finalists, and he was forced to watch on in envy as Les Bleus clinched their second world title at the 2018 World Cup.

With no end in sight to his France exclusion, there have even been suggestionsthat he could potentially play for another national team, but is it possible? Goal takes a look at the story.

Benzemas exile from the France squad began in 2015 in the aftermath of an acrimonious sex tape disputewith former Les Bleus team-mate Mathieu Valbuena.

The Madrid striker has not featured for the national team since then, having been placed on an apparently indefinite suspension by the president of the French Football Federation (FFF), Noel Le Graet.

Despite repeated assertions from France icons such as Zinedine Zidane in 2019 that Benzema meriteda recallto the international team, Le Graet insistedthat the "adventure with France is over" for theforward.

That pronouncement from the FFF chief prompted a furious responsefrom Benzema, who subsequently challenged the federation to allow himto play for another country.

“Noel, I thought that you did not interfere with the decisions of the national team coach!" the striker wrote on Twitter in 2019.

“Know that it will be me and me alone who decides when my international career is over.

“If you think that I am finished, let me play for a country that I am eligible to play for and we will see.”

Later, in 2021 in the build-up to Euro 2020, Zidane reiterated his bemusementover Benzemas continued exclusion from the French panel, but admitted it suited him as a club boss.

"How can we understand why Karim doesnt go with the national team?There are many who dont understand it,"Zidane told reporters prior to Frances opening World Cup 2022 qualifier against Ukraine.

"But itsbetter for me as coach of Madrid that he stays. He has done a great job for us."

Others have echoed Zidanes sentiments, with seven-time Ligue 1 winner and ex-France international Jean-Michel Larque suggesting the exclusion should be ended.

"I dont blame Deschamps for what has happened in the past, but ask simply that he pardons Benzema," Larque told RMC Sport.

"I believe that after all he (Benzema) has been subjected to, offering a pardon to the player would make Deschamps a bigger man."

Eric Cantona is another former France star who has expressed a desire to see Benzema back in blue, saying, back in 2017: "I want to see Karim Benzema in the French team and, in my opinion, Im not the only one."

Benzema is currently only eligible to play for France, strictly speaking. The reason for that is because he has played competitively at senior level for Les Bleus, meaning he is effectively cap-tied.

A general principle in FIFA eligibility rules for national teams is that, once a player has been capped competitively at senior levelthey cannot switch to a team they may have also been eligible to play for.

Changes to the eligibility rules in late 2020, which have extended opportunities to switch in specific circumstances,have no bearing on Benzemas potential eligibility for another team.

In addition to France, Lyon-born Benzema was previously eligible to play for Algeria thanks to his familial links to the north African country.

In 2006, prior to his senior debut for France, he was approached by representatives from the Algerian football association (FAF) who sought to persuade him to play for them.

However, he declined the invitation, telling RMC:"Algeria is my parents country and it is in my heart, but I will play for the France national team."

Had Benzema not played competitively for France or any other national team, he could well have become eligible to represent Spain due to his long-term residency in the country while playing for Real Madrid.

The striker has been living in Spain for over a decade and would be able to apply for Spanish citizenship, which is the first step in being eligible to represent La Roja.

Unfortunately for Benzema a change of international team is not likely any time soon, unless FIFA makes an exceptional ruling in his favour.

The fact that he has played competitively at senior level for Francemeans that he is not free to switch allegiance to another team under world footballs universally applied eligibility rules.

FIFAs position on not allowing competitively capped players to switch international team allegiance was upheld in2018 when the Court of Arbitration for Sport (CAS) ruled against Munir El Haddadi.

The former Barcelona forward played only once for Spain - in a competitive match in 2014 - and wished to change allegiance to Morocco. However, his case was dismissed by FIFA and subsequently by the CAS.

FIFA did update the eligibility rules in 2020 and, while the organisation now allows for changes to occur after competitive appearances in some cases, it appears that Benzema does not meet the requirements.

Benzemahas played 81 times for France (roughly half of those being competitive games), scoring 27 goals - a strike tally that places him in the top 10 goalscorers of all time in the history of the national team.

However, he has not featured for Les Bleus since the 4-0 friendly victory over Armenia in October 2015, a game in which he scored twice.

Under current eligibility rules, the only way Benzema will be free to change national team allegiance is if he suddenly loses his French nationality without his consent or against his will.