Why is Messi staying at Barcelona? Change of mind and transfer saga explained 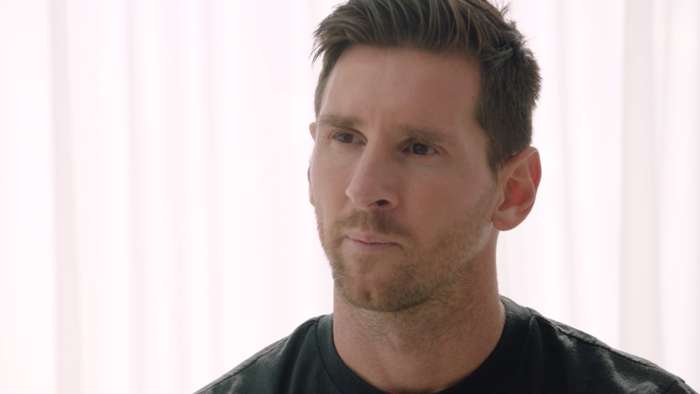 Lionel Messi shook the football world when he told Barcelona that he wanted to leave , but the talismanic striker has now done a U-turn and decided to stay at his beloved Camp Nou.

Things looked bleak for Barcelona when their mortifying 8-2 loss at the hands of Bayern in the Champions League was immediately followed by news of Messi's intent to depart, but he is nowset to stay in Spain for the time being.

Goal has what you need to know about why Messi has decided to stay at Barcelona and more.

Messi has decided to stay at Barcelona because club president Josep Bartomeu informed him that the only way he was allowed to leave was if he paid the €700 million (£630m/$825m) exit clause in his contract.

The clubrefused to acknowledge the break in his contract that allowed him to leave for free unilaterally, so a battle began where Messi tried to search for an exit.

The forward, however,has now accepted he must stay at Camp Nou to avoid forcing the club to court, but not until after a particularly devastating few weeks where it looked certain he was to depart.

"Now I am going to continue in the club because the president told me that the only way to leave was to pay the €700m clause, and that this is impossible," Messi toldGoal.

“There was another way and it was to go to trial. I would never go to court against Barca because it is the club that I love, which gave me everything since I arrived, it is the club of my life, I have made my life here.

“Barca gave me everything and I gave it everything. I know that it never crossed my mind to take Barca to court.”

Though his contract is setto expire in 2021, Messi and his legal team had believed that aclause would allow him to terminate his deal unilaterally –allowing him to leave for free before it ends.

Messi sent Barcelona a burofax outlining his desires to leave before the Champions League final, but the club have said that exercising theclause is null and void as he did not send it prior to June 10.

“As I said, I thought and was sure that I was free to leave, the president always said that at the end of the season I could decide if I stayed or not," said Messi.

“Now they cling to the fact that I did not say it before June 10, when it turns out that on June 10 we were competing for La Liga in the middle of this awful coronavirus and this disease altered all the season."

Messi wanted to leave Barcelona because he was disappointed about the team's recent failures, disillusioned about the future of the club and was not convinced that the team was building towards a promising vision.

His relationship with Bartomeu had become increasingly strained in recent times, frustrated with his vision for the side and his handling of the club.

It had been a particularly trying time for the club, with Barcelona failing to win a single title in 2019-20 amid a series of humiliating Champions League exits.

News broke of Messi informing Barcelona of his desires to leave following the embarrassing 8-2 loss to Bayern Munichin the Champions League, but the Argentina star has stressed that his decision to leave was not accelerated by the defeat - and that he has been feeling dismayed by the club for a long while.

“I told the club, including the president, that I wanted to go. I've been telling him that all year. I believed it was time to step aside," Messi told Goal.

“I believed that the club needed more young players, new players and I thought my time in Barcelona was over. I felt very sorry because I always said that I wanted to finish my career here.

“It was a very difficult year, I suffered a lot in training, in games and in the dressing room. Everything became very difficult for me and there came a time when I considered looking for new ambitions.

“It did not come because of the Champions League result against Bayern, no – I had been thinking about the decision for a long time.