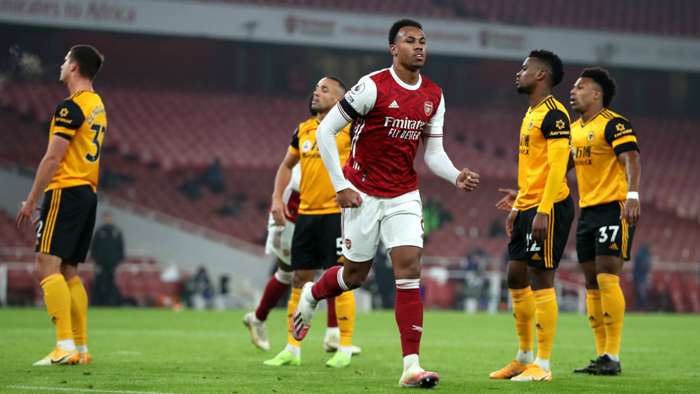 Wolves will be hoping to kickstart their Premier League season when Arsenal visit Molineux on Wednesday.

Having run out 2-1 winners in the reverse encounter at the Emirates Stadium, they are available at 11/4 (3.75) with bet365 to bounce back with a morale-boosting victory here.

In contrast, the Gunners have won five and lost none of their last seven league fixtures and are clear 11/10 (2.10) favourites to come out on top in this one.

None of the last seven meetings between this pair at this ground have resulted in draws, but you can get odds of 23/10 (3.30) on them cancelling each other out.

Rayan Ait-Nouri, Jonny, Marcal and Raul Jimenez are all ruled out and Romain Saiss doubtful, while Ruben Neves is unlikely to feature following the birth of his child.

Pablo Mari, Dani Ceballos, Bukayo Saka and Pierre-Emerick Aubameyang are all available once again after returning to training, although Kieran Tierney and Mat Ryan remain sidelined.

The previous encounter between this pair saw the Gunners suffer what was to be one of five defeats during a seven-match run without a single win in the league.

However, they will be extremely confident of exacting revenge after turning their form around since then, with their opponents now the side in freefall.

Indeed, Wolves look bereft of confidence after a long spell without a win, having suffered a disappointing derby defeat against relegation-battling West Brom in their previous home game.

They will have a tough time in turning things around against a visiting side that has proved more successful on the road than at home this season - claiming more points away despite playing one fewer game.

With Arsenal set to welcome back some key players and Wolves still sorely missing the talismanic Jimenez up front, those 11/10 (2.10) odds look like strong value on the hosts extending their misery with yet another defeat.