'Work, work, work' - Atletico have to improve in attack after toothless loss to Chelsea, admits Simeone 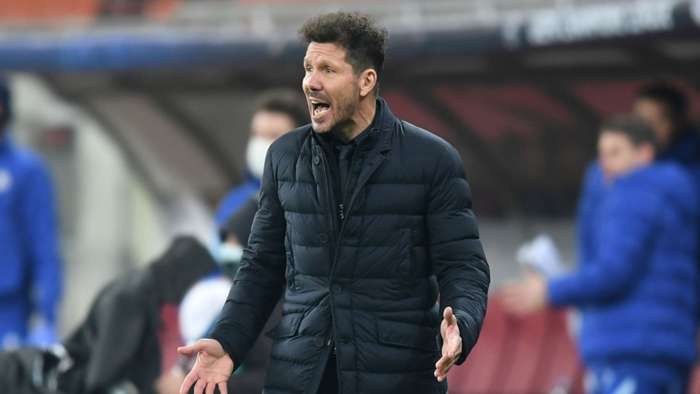 Diego Simeone says that Atletico Madrid will be put to work as they look ahead to their second leg clash with Chelsea.

As a result, Simeone's side will have it all to do when they head to Stamford Bridge with a spot in the quarter-finals on the line.

“Looking three weeks ahead is too far,” Simeone said.. “We have a lot of games until then. We’ll be playing against an opponent with speed and will need to be able to stop it, to deal with forwards like Giroud and other powerful players.

“We need to have more of the ball and position ourselves better in attack. We’ll work on it, but we also have an important game against Villarreal.

"Work, work, work. I trust the team we have. If we were in the month of September and they told me we’ve lost but we’re still leading, I’d sign for it.”

He added:"We are in a difficult moment, it is the reality. More based on the results than what happened on the field. We have to occupy ourselves, work and improve.

"At the moment, the game is difficult. They have an advantage, but I trust my team."

Before looking ahead to a rematch against Chelsea, Atletico Madrid will be looking to protect their lead atop La Liga.

Simone's team is three points ahead of rivals Real Madrid in the league, having played one less match.

Barcelona, meanwhile, are eight points back while Sevilla is in third, sitting seven points behind the league leaders.