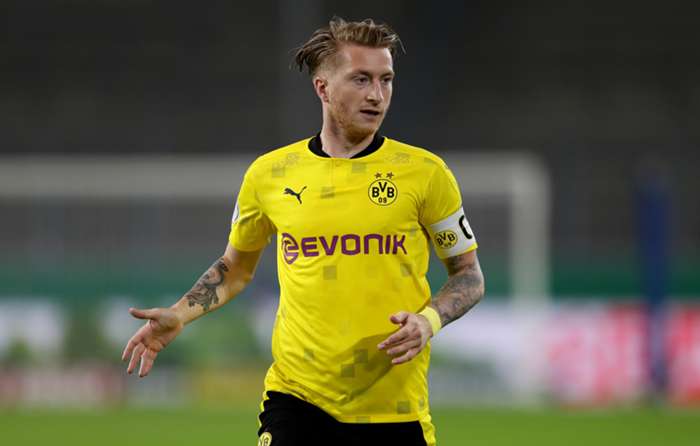 Dietmar Hamann has slammed Borussia Dortmund for their decision to keep Marcos Reus on captaincy duties, insisting "you can't have a captain who only makes half of the games".

The German midfielder has won four trophies during his time with BVB while also appearing in a Champions League final, scoring an impressive 131 goals in 274 appearances.

He has, however, struggled with a series of niggling injuries which have prevented him from realising his full potential, and he is no longer a guaranteed starter under Lucien Favre.

Reus was named Dortmund's permanent captain in 2018, and despite his reduced role in the squad this seasonhe has retained the armband ahead of several other candidates.

Hamann doesn't think the 31-year-old was the right man to lead BVB in the first place, and has suggested that the time has come for him to pass the torch on for the good of the team.

Asked what the Bundesliga giants are missing in their bid to re-emerge as a major European force, the ex-Germany international told SkySports:"Mentality, leadership. You can't have a captain who only makes half of the games.

"I didn't understand why they didn't take the captain's armband off him in the summer. The other question is whether I would have given it to him two years ago. You have a player that you have to pull along."

Hamann thinks Dortmund's 3-0 home win over Schalke on Saturday proved that they are stronger in Reus' absence, as he added:"BVB has a problem with him, If he is not on the starting grid for a while. You can't make a decision just to make a player feel comfortable or not to upset him. You have to do what is best for the team and the club.

"Dortmund is better at the moment without Reus. That has to do with the fact that Giovanni Reyna is in good shape, that Erling Haaland is in very good shape, Julian Brandt played well and with Jadon Sancho they have an outstanding player."

Hamann concluded by suggesting that Mats Hummels would be the ideal man to inherit the armband, having seen him lead Dortmundtowards the end of his first spell at the club