'You can't replace Messi' - Barcelona will not raid Liverpool for Salah or Mane if star forward leaves, says Barnes 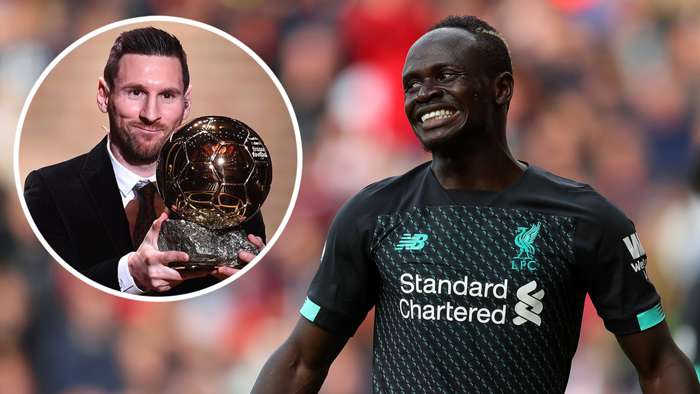 Barcelona will not look to sign Sadio Mane or Mohamed Salah from Liverpool to replace Lionel Messi because their style of play is completely different to that of the Argentine, according to John Barnes.

Mane and Salah, who were both key in helping Liverpool win the Premier League last season, have been mentioned as possible replacements for the 33-year-old, whose father and agent Jorge is due to meet Barca for showdown talks.

However, former Reds forward Barnes thinks that, because both Mane and Salah have a completely different style of play than Messi, they will not be targets for Barcelona unless the Liga club decided to move in a completely new direction.

Speaking to BonusCodeBets,Barnes said: "You can’t replace Lionel Messi. Barcelona can’t replace him with Sadio Mane or Mohamed Salah because they are different types of players, you’ll have to come up with a different solution to how you want to play and whether Ronald Koeman would like that type of player, we don’t know.

"You can’t look to replace Messi with one player, it’s impossible as there is no player like him. What he has to do is come up with a formula, you can’t replace Messi like-for-like, so I don’t think that’s going to be an issue for Liverpool."

With Messi aiming to leave Barcelona, rumours have been swirling about his potential next destination. Manchester City, managed by former Barca boss Pep Guardiola, have been the most heavily linked club thanks to their financial clout and Guardiola's previous association with the player.

Barnes, however, is unsure about whether Man City would be the best move for Messi, given his lack ofexperience in England, as well as how he might fit in with the superstars already at Etihad Stadium.

He said: "Messi is 33 years old, he’s not the same player he was, particularly coming into the Premier League.

"It’s a hard, physical league where he’s not playing for Barcelona in terms of being used to playing with those same players for the same way for the last 15 years, he then may take time to adjust, people take time to adjust to him, you may not have that time at 33 years old.

"I don’t think that Premier League football will suit him. Manchester City will suit him more than any other club because they have Pep Guardiola and their playing style may be similar to Barcelona’s, it will take time to bed him into a new way of playing, a new team and a new group and the team getting used to him.

"He will inhibit your big players, like when Antoine Griezmann went to Barcelona, he was inhibited, Philippe Coutinho was inhibited because it was all about Messi.