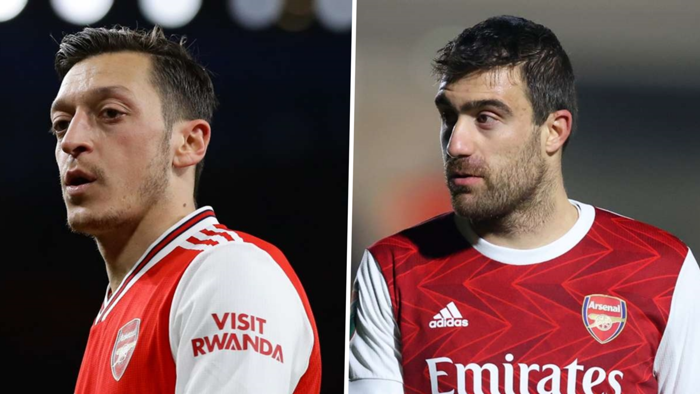 Earlier this week the club confirmed that Sokratis had his contract terminated by mutual consent, with the defender also leaving north London six months prior to the scheduled expiration of his deal.

After having the pair on the club's books this season,despite both being left off the club'sEuropa League and Premier League squads, Arteta hopes the Gunners can manage their players' contract situations better in the future.

"You don’t want to get into this position again, that’s for sure,” he said. “Not for the player, not for the club.

“But it’s happening more and more at every club and this situation you can see in other clubs things happening like that.

“I think you have to have that communication open, obviously to prevent it as much as possible and if they happen, just make a decision and don’t try to delay a situation that is not working for much longer.

“Sometimes it’s difficult because the contracts are really close and you have to respect them while you sign them and some days it’s difficult to see how things are going to evolve in six months’ time.

“So sometimes it’s impossible to see what’s going to happen in three years’ time. We tried to resolve those situations early in the summer, to try and avoid what we had but sometimes it’s not possible as well."

Arteta hopes that the recent appointment ofRichard Garlickas Arsenal's director of football operations will help prevent more situations like those ofOzil and Sokratis in the future.

“Obviously a lot of things happened institutionally at the club and with some of the big decision makers as well,” Arteta said.