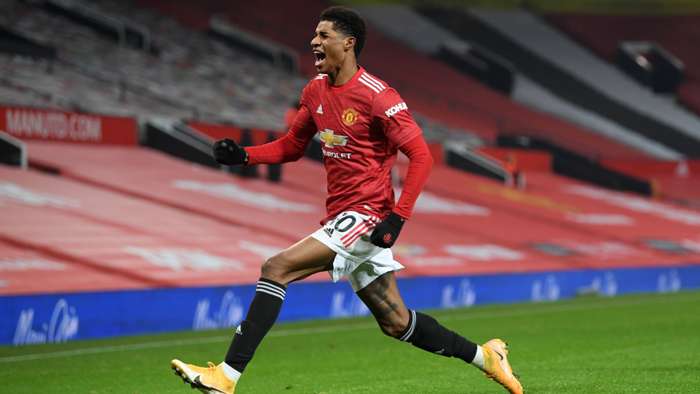 Manchester United star Marcus Rashford signed off 2020 with a message of hope to fans and followers, urging them to continue working hard for each other in the year ahead.

With many of the least well off in Britain suffering the most, Rashford has used his platform to demand help for those most in need.

Even before the pandemic struck, Rashford was working with companies to provide food parcels to those in need but he went further in 2020 - eventually forcing the government to change policy after initially refusing to offer free school meals for children over the holidays.

Rashford has continued to campaign, and was rewarded for his services with an MBE.

He has continued to push for the end of child food poverty, while he has also launched a book club to ensure children can have opportunities to read.

Football is extremely tribal, but Rashford has won support from fans of clubs up and down the country - even those who have a fierce rivalry with Manchester United.

He has embodied a spirit of togetherness and wants that to be a continued theme into 2021.

Writing on Twitter, Rashford said: "I’ve got a game tomorrow so need to sign off here but before I go I wanted to reflect on what has been the most challenging year.

“I’ve been so proud to see people coming together to help those in need and that same compassion needs to continue into 2021 because it’s people like you that make this country great and there is still so much more work to do.

“We have shown the difference we can make when we unite.

“Don’t look back on this year thinking you haven’t achieved anything. You achieved everything. You survived 2020. Your strength was tested and you made it. Give yourself a pat on the back.”

The lack of fans in stadiumshas been one of the defining images of 2020, although professional football has provided escapism for people during a time of suffering.Rashford wants to see spectators return to grounds to share the moments with players - such as the hat-trick he scored against RB Leipzig in the Champions League.

“I’m hoping in 2021 I get to celebrate in the crowd with you again,” he continued. “I really just miss that; I can’t believe none of you got to be with me for the Leipzig hat-trick but hoping there will be many more.

“Everything i have achieved this year has been our achievement; i couldn’t have done it without your support.