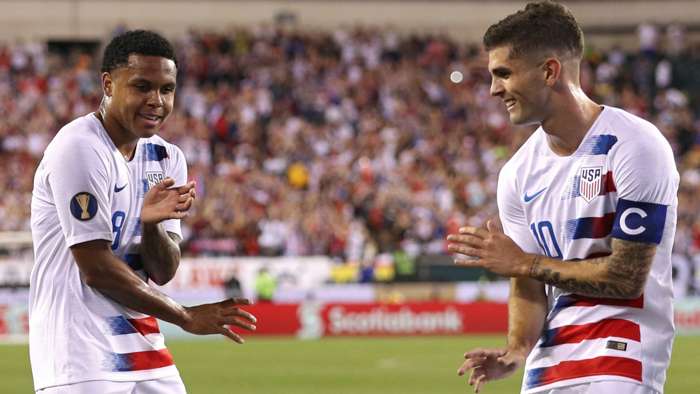 With 41 caps, Ream is the most experienced player on the USMNT roster for the two friendlies during the current international break.

The U.S. defeated Jamaica 4-1 on Thursday and will face Northern Ireland on Sunday at Windsor Park.

"Being the oldest in the camp, its fun to see it," the Fulham defender, who made his U.S. debut in 2010, told reporters on Saturday.

"I was a part of 2018 when some of these guys first started sort of coming in, the first young wave, Christian and Weston and Tyler Adams andthose guys.

"And now this, the second group, its just fun to see their enthusiasm, and its infectious. The smiles, the freedom with which they play the game, the intensity that they train with. Its a breath of fresh air to be honest with you.

"They constantly want to learn, are constantly asking questions and theyre justhere to get better and show off their skills to the wider world."

AfterPulisic, McKennie and Adams were brought into the senior national team in 2016 and 2017, a new wave of young stars have been incorporated over the past year.

Sergino Dest made his USMNT debut in 2019, whileChris Richards, Yunus Musah and Giovanni Reyna all made their first senior appearances in November.

The players help form a young core that has the U.S. dreaming of big things on the international stage.

The USMNT shockingly missed out on the 2018 World Cup, and begin qualification for the 2022 World Cup this fall.

Sergino is sick! - Dest revelling in time to shine for USMNT & Barcelona

Musah made everything look easy - Berhalter

Berhalter: USMNT looking to send Pulisic back to Chelsea in a good way