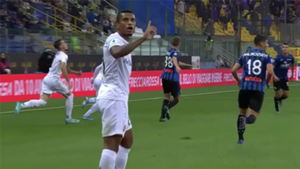 Italian side Cagliari have announced that they have issued lifetime bans to three supporters for the use of racist and offensive language towards opposition players.

The club say that they have been forced to intervene on three occasions at the Sardegna Arena this season, and have subsequently handed the sentences to the offenders.

All three supporters have been banned from entering the stadium for either football or non-related football events.

"Cagliari Calcio announces that it has issued three disqualification measures aimed at as many people recognized and reported for having addressed racist discriminatory and offensive words to opposing players during the matches played at the Sardegna Arena over the past few months," a club statement read.

"The identification of the parties involved, holders of occasional tickets in the Distinti and Tribuna sectors, was possible thanks to the coordinated action of the steward and the staff responsible for the internal security of the club.

"In compliance with the regulatory code in force, but above all to protect the supporters of Cagliari, the city of Cagliari and all of Sardinia, who in terms of hospitality and respect certainly do not need to take lessons, suspensions of perpetual approval have been imposed, that will prevent those who have stained themselves with these deplorable actions from entering the Sardinia Arena, for any event, forever.

"The level of attention and sensitivity to prevent anyone from compromising the values in which the club and its fans believe is and will always be Cagliari's priority."

The country has been troubled by incidents of racism in football for several years, with the abuse culminating in an open letter from all 20 of Italy's top-flight clubs pledging to take action against the issue.

Gabriele Gravina, the head of Italy's football federation, has previously said the governing body would look for support from authorities to improve video technology with a view to pinpointing offenders.

It is hoped that if Serie A's measures prove successful, they can show the way forward for leagues around the world grappling with the growing scourge of racism, with recent examples in England's top-flight highlighting just how prevalent the problem is.