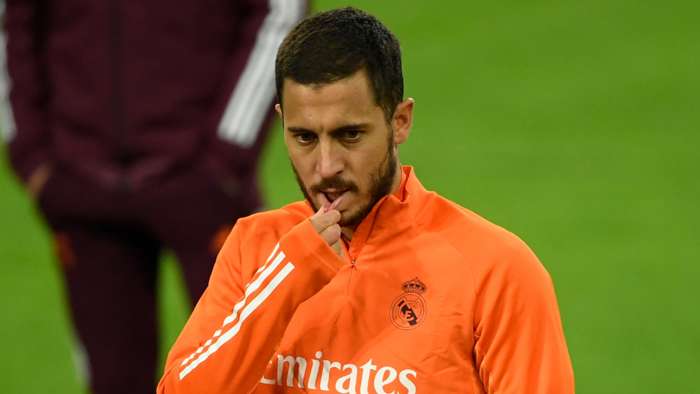 The Belgium international suffered another injury setback at the start of the new campaign and is yet to feature for Real this season.

On the back of the club's 3-1 win over Barcelona in La Liga on Saturday, Hazard appears ready to play again - with Zidane excited to have another attacking option up his sleeve.

"If Hazard is with us it is because he is well and that is good news. We are all happy to see him with us," Zidane said on Monday.

"Tomorrow we will see how we are going to use him. It is very positive news for us.

"We know that the season is long and we are going to need everyone. It is true, I have always said it, because they are players who always play.

"It is true that we have had problems on the wing, but there are other players who can replace them and it will not give usproblems."

Gladbach could prove tricky opponents for Real on Tuesday with the Bundesliga outfit undefeated across their past five matches, which included a 2-2 draw with Inter in their Champions League group opener last week.

While Zidane saw his side triumph in El Clasico, it's been a difficult start to the new campaign for the reigning La Liga champions with Real losing to Cadiz and Shakhtar Donetsk in the space of a few days .

Despite reports pressure is mounting on Zidane's position as manager, the Frenchman remains focused on taking each game as it comes during a busy period.

"We want to continue what we did over the weekend, playing a good game for the full 90 minutes as a team,"Zidane said.

"Every three days we play a difficult team, like tomorrow. If we use what we have inside us, give a strong performance for 90 minutes, we'll have chances to win.