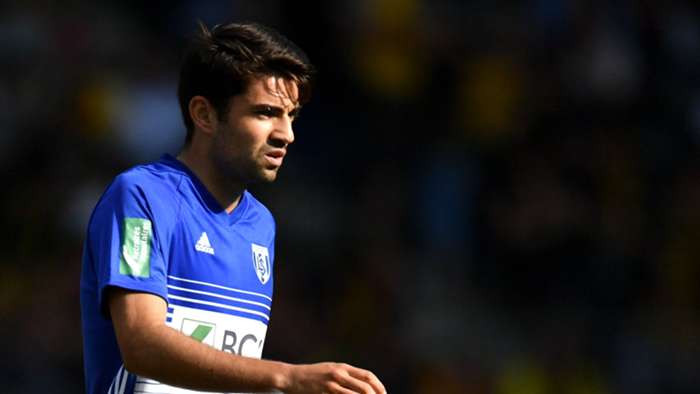 Enzo Zidane, the eldest son of Real Madrid legend and manager Zinedine Zidane, is hoping to join Botola Pro 1 side Wydad Casablanca, according to his agent Roberto Carlos.

Zidane featured for Real Madrid teams C and B, before he made his first-team debut in 2016 in a Copa del Rey clash against Cultural Leonesa.

The 25-year-old then teamed up with Deportivo Alaves, after leaving theSantiago Bernabeu, but featured sparingly.

His quest to enjoy more game time saw him move to the Swiss Super League, teaming up with Lausanne-Sport and he spent a season with the side, including a loan spell at Rayo Majadahonda.

In the summer of 2019, he moved to Portugal, joining Aves but struggled to make an impact with the side before returning to Spain with Almeria in January.

Zidane is now hoping to continuehis development in Africa with Carlos discussing a possible transfer.

“Greetings President Naciri, it is a great pleasure for me to be able to speak with you,” Carlos said in a video posted to Twitter.

“I hope to close the deal for Enzo Zidane, a very good player, with Wydad, a great club from Casablanca.”

The Wydad al Oumma are one of the most successful clubs on the continent, having won the Moroccan professional league title 20 times.

They are also the current champions of the Botola Pro 1 and have won the Caf Champions League twice, in 1992 and 2017.

Wydad Casablanca also secured the Caf Super Cup title in 2018 and were runners up in the competition in 1993 and 2003.