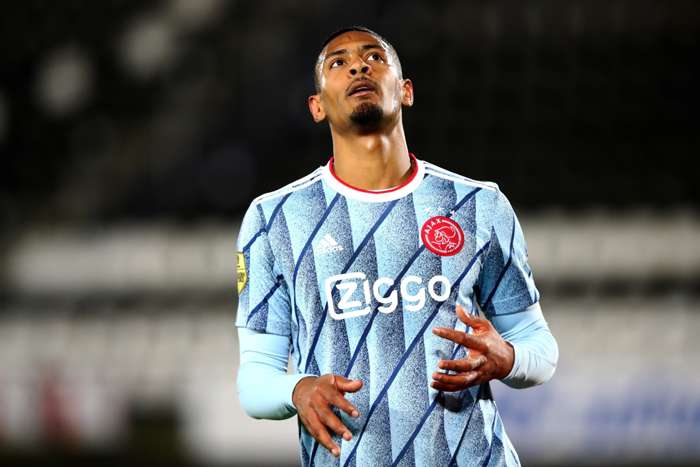 Ajax have confirmed that they have accidentally left club-record signingSebastian Haller out of their Europa League squad.

But it appears that the 26-year-old is in danger of being unable to represent his new side in European competition this season, with the club confirming the mistake in a statement to AD.

“He is indeed not on the list, we are trying to find out what went wrong," said Ajax spokesman Miel Brinkhuis. "We have contacted the KNVB and UEFA."

Ajax are set to take on Lille later this month in the Europa League round of 32, with the first leg set for February 18 in France.

Haller will at least be able to continue representing Ajax in theEredivisie, where the club have opened up a seven-point lead atop the table.

Next up for Ajax will be a home match against Utrecht on Sunday, before a KNVB Cup quarter-final against PSV three days later.

The Dutch giants also announced on Wednesday that highly rated teenage striker Brian Brobbeywill leave the club when his contract runs out at the end of the season.

"We think it is too bad that he's leaving and have done everything to keep him at Ajax longer," director of football Marc Overmars told Ajax's official website. "He has chosen to play football elsewhere after the summer. It's difficult for me to accept, but it's his decision.

"Brian is still under contract with us for a few months, if we need him the trainers will call on him."

The 19-year-old, who has been compared to Romelu Lukaku and linked with a move to Real Madrid, has scored twice in six total senior appearances for Ajax this season after making his debut in October 2020.