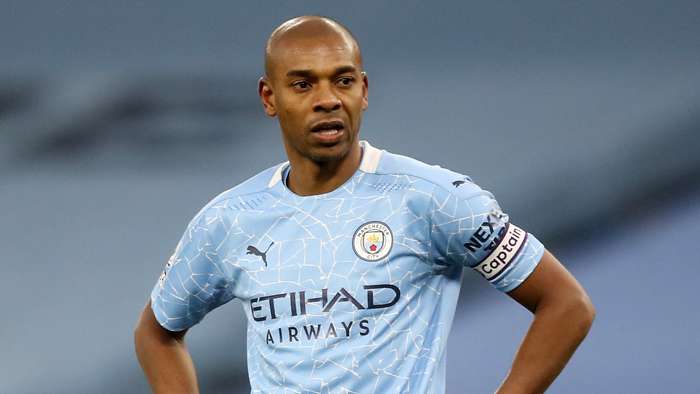 Fernandinho has denied reports he has been offered a role on Pep Guardiola’s coaching staff at Manchester City, and has insisted he will not make a decision on his future until the end of the season.

Fernandinho has insisted a coaching role was not put to him, and the midfielder will take his time before revealing his decision.

"I've been focused on Man City,"he told TNT Sports'Fred Caldeira. "I know how much my team-mates need me.

"I made a decision to only decide my future when the season is over. I already had an offer, not to be part of Pep’s staff, but to be an employee of the club.

“I was flattered, after eight years at Man City and the respect I have gained here, but it is a decision that I put aside."

The Brazilian has been indispensable to City since his arrival, especially since Guardiola took over in 2016.

The Catalan bossheaped praise on the midfielder following City’s 1-0 win over Arsenal on Sunday, but it is unlikely he will play regularly next season given he will turn 36 in May.

If Fernandinho is content with a fringe role, he could well extend his stay at City. But his performances suggest he has the capacity to play regularly away from an elite side;much will depend on how much football he wants.

He has also spoken about moving into coaching at some stage so a role that combines both could appeal.