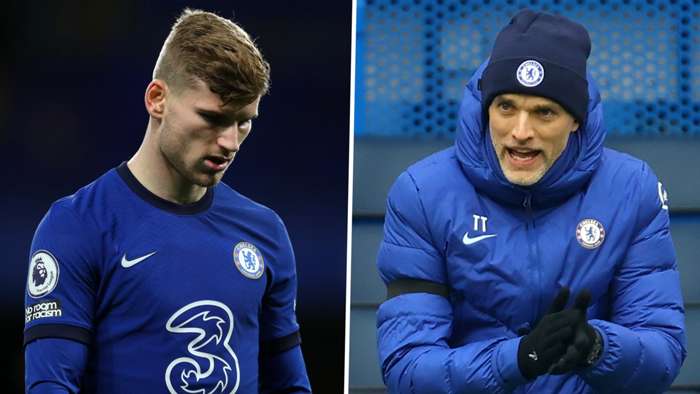 Thomas Tuchel has revealed his thinking behind the dropping of Timo Werner to the Chelsea bench for Sunday’s Premier League clash with Manchester United.

His overall level of performance remains in doubt, despite breaking that duck against Newcastle on February 15.

Asked about the decision to drop the Germany international striker, Tuchel said: “We had the feeling to give Timo a little break, to have him from the bench and also fresh for the fixture against Liverpool.

"I felt him a little bit tired after many games in a row.”

Werner has been an ever-present in matchday squads for Chelsea in the Premier League this season, starting 24 of their 26 matches in the top flight this season prior to the Man Utd clash. He has returned five goals in these fixtures.

Additionally, he has played 10 games in other competitions for the Stamford Bridge side, meaning that he has started 34 times in 2020-21. The fixture against United is Chelsea’s 38thof the campaign.