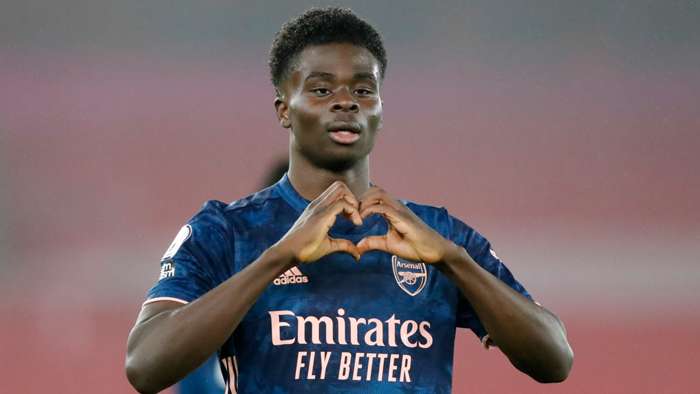 Mikel Arteta has vowed not to put the brakes on Bukayo Saka’s development at Arsenal despite the 19-year-old facing the threat of burnout in his second full season as a first-team regular.

Arteta continues to select the youngster whenever he can, with 29 appearances taken in across all competitions in the current campaign, and is not about to start reining Saka in.

“I think he's in a great moment, he's full of confidence,” Arteta has told reporters of Saka ahead of a Premier League clash with Manchester City on Sunday.

“He's been really important in recent results. His form is probably the highest that it's been since I've been here and he's been really consistent. He needs to keep going and (we need to) be wise with him because at the moment he's a big part of the team.

“I think we have to protect him and keep the extractions where they should be, but I’m not going to put a brake on his development or how much he can do week in, week out.

“We have to support him and give him the best possible advice all the time, and then manage his minutes so he can maintain this level.

“It is (difficult) at the moment because he’s been a real threat. He’s involved in a lot of goals all the time and his consistent performances make him a starter obviously. So it’s a fine balance, but at the same time he’s 19 years old and we have to protect him.”

It is easy to see why Arteta is keen to ensure that Saka is not pushed beyond breaking point.

He has seen 2,317 minutes of football this season, with only first-choice goalkeeper Bernd Leno (2,712) taking in more game time.

Granit Xhaka, Rob Holding and Hector Bellerin are the others to have figured in more than 2,000 minutes this season, with the Gunners able to rest and rotate when required.

Ever since bursting onto the scene, the versatile teenager has been making an important contribution to the collective cause.

He has six goals and five assists to his name in 2020-21, with his value to Arteta seemingly growing by the week.

With that in mind, it came as no surprise when Arsenal moved to tie Saka to a new four-year contract last summer.