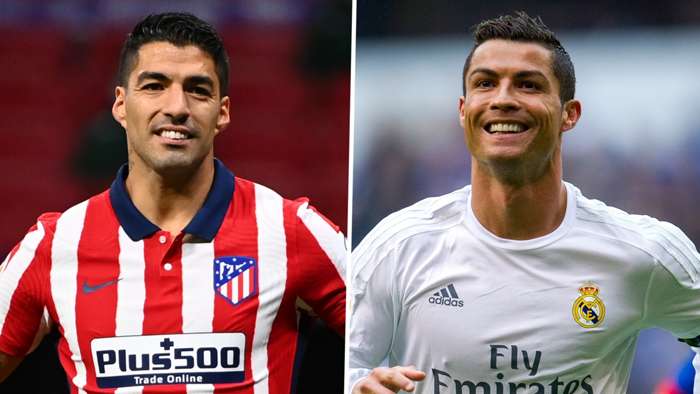 Barca trail Atletico by five points in the Spanish title race, while only Lionel Messi has scored more goals in La Liga this season than Suarez.

On Barca’s decision to sell Suarez, Forlan told AFP: "Of course it was a huge mistake. As soon as Barcelona said he was for sale, I knew it was a mistake.

"All I know is it wasn't about his performances on the pitch.

"I messaged him and said, 'Listen, you're not the first and you won't be the last. You have to keep being yourself. You don't have to prove anything to anyone so just keep doing it at Atletico Madrid.'

"But when you get punished for something you didn't do, when you're still in great shape, playing well, of course your aim is going to be to show that you can still perform."

Barca have dragged themselves back into contention in the title race and reached the Copa del Rey final with a stirring comeback against Sevilla, but they have rarely looked at their best this season.

Forlan drew parallels with Real Madrid’s loss of their own attacking talisman ahead of the 2018-19 season. Madrid finished third in La Liga, were trophyless other than the Club World Cup, and went through three permanent managers in the season after Ronaldo headed to Turin.

"It was not just Cristiano Ronaldo leaving, one of the best players in the history of football. It is 50 goals leaving as well.

"So if you sell a player like Ronaldo or Suarez, you have to replace them with two players and then there's risk because they have to adapt.

"As soon as Cristiano left it was never going to be easy for Real Madrid and for Barcelona now it's the same."