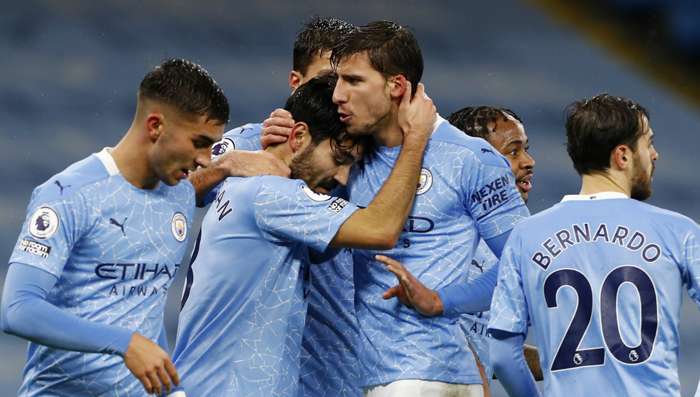 Chelsea will be looking to kickstart their Premier League season when they welcome Manchester City to Stamford Bridge on Sunday.

Having come out on top in three of their last four home league encounters against this opposition, Chelsea are available at 19/10 (2.90) with bet365 to give themselves a welcome boost by pulling off a big win here.

The Citizens enter the weekend with two games on hand on most teams after Monday’s game against Everton was postponed due to an excess of COVID-19 diagnoses, but they are 11/8 (2.38) favourites to make up for lost time by collecting maximum points.

Two of the guests’ last four fixtures have resulted in draws, and there are odds of 12/5 (3.40) on them being held to another stalemate in this one.

Reece James will face a late fitness test as he struggles with a knee issue, with Hakim Ziyech also potentially back in contention after missing the last five fixtures due to a hamstring injury.

Gabriel Jesus and Kyle Walker are ruled out due to COVID-19, while Eric Garcia and Ilkay Gundogan will both be assessed following injury.

After collecting just four points from the last available 15, it will take a considerable turnaround for Chelsea to go toe-to-toe with an opponent that has looked increasingly efficient in recent matches.

Having scored just six times in those last five league matches, they will certainly struggle to break down a visiting defence that has only conceded a single goal in six league games.

What’s more, Pep Guardiola’s team is looking more dangerous at the other end of the pitch that earlier on in the campaign - averaging two goals a match over the last nine fixtures.

Given they have enjoyed seven full days to prepare for this clash due to their postponed midweek match, City certainly look worth backing at those 11/8 (2.38) odds to see off a Chelsea side that struggled for confidence and form of late.