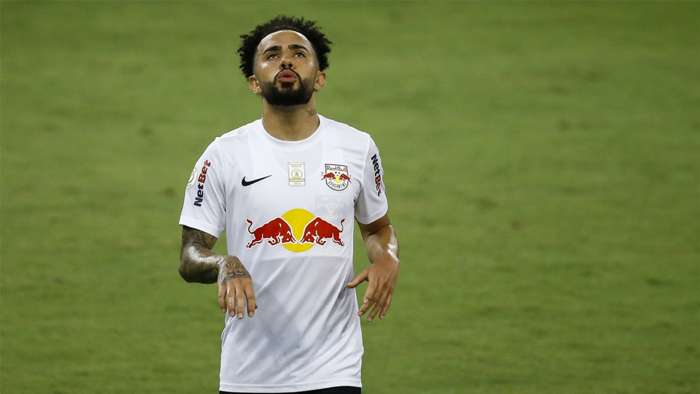 Goal understands that RB Leipzig, part of the Red Bull global stable of clubs, are his most likely destination with manager Julien Nagelsmann a big fan of the Brazilian's talents.

Other clubs have attempted to do a deal for Claudinho, most notably Saudi Arabian side Al Ittihad, who tabled a €10m (£9m/$12m) bid for the forward. This was rejected, with Claudinho instead in line for a high profile move to Europe and potentially Champions League football.

He moved to his current club in 2018, when they were still known by their old name of Red Bull Brasil. In 2020, Claudinho played 39 games for the Sao Paulo club, scoring 12 goals.

Claudinho primarily operates as a left winger, but can also play on the right side or behind the central forward in a creative No 10 role.

He started his career with Corinthians, but as a young player endured a nomadic start to his career with several loans around Brazil. After being released by Corinthians in 2017, he moved to Ponte Preta before initially moving to Red Bull Brasil in a loan deal for the second half of the 2017-18 campaign.

He was then loaned to Oeste, before a second temporary transfer to the Red Bull club in January 2019. He eventually made the permanent switch to Bragantino in September that year.

Leipzig have developed a reputation for signing promising young players and improving them in top level competition. Among them is Timo Werner, with the Germany international striker impressing with the Bundesliga club before his big money move to Chelsea last summer.