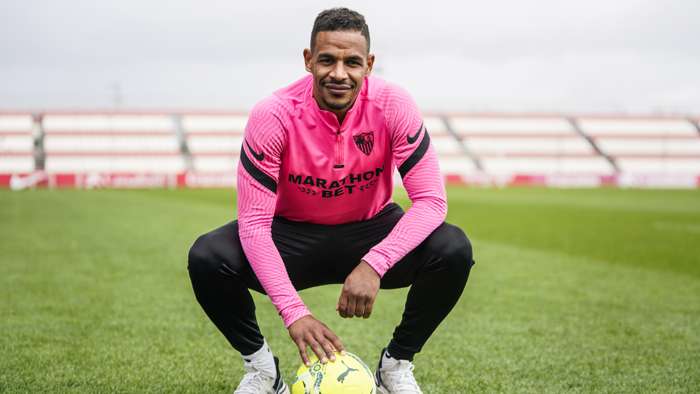 Fernando has highlighted the influence Pep Guardiola had on his career, having come under the Catalan's wing while at Manchester City.

He went on to make more than 100 appearances for the Premier League side, before leaving for Galatasaray at the start of the 2017-18 season.

Now at Sevilla, the enforcer still remembers his time with Pep fondly, despite having spent just one season under his wing at Etihad Stadium.

“He is a coach that teaches you good things, in particularyou have to be focused on trainingand not only on matches," Fernando toldGoal. "At training, you can get many good things from him if you pay attention and do it well. Details are really important for him.

"He is a well-prepared coach and he really understands how the game works”.

Fernandois now hoping Lionel Messi wakes up on the wrong side of the bed when his side take on Barcelona in the Copa del Rey,while pointing out that stopping the Argentine wizard is a job for the entire team.

Sevillameet Barca in the semi-finals on Wednesday, having disposed of Leganes, Valencia and Almeria so far,but the Brazilian knows that Messi poses a special challenge.

“How to stop Messi? It's difficult, there isn't onesolution or a method to stop him. We have to do it with the help of our full team," he said. "We all have to be focused when we have to defend and pay attention to Messi. It is difficult. We have to be lucky and hope that Messi has an off-day."

Despite having lost previous finals against Barcelona, Fernando insists he has no thoughts of revenge going into Wednesday's first leg.