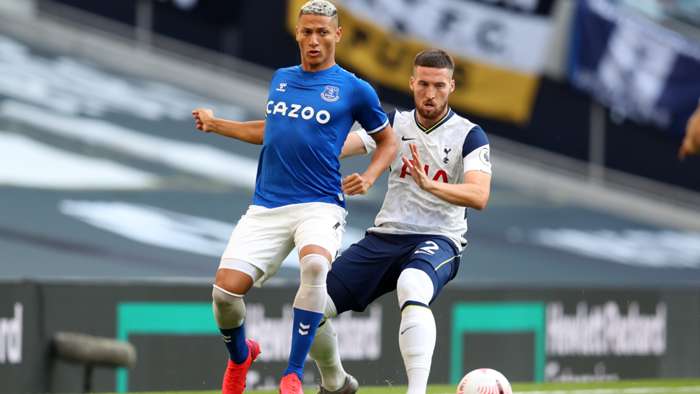 Everton and Tottenham fight it out for a place in the FA Cup quarter-finals when they meet at Goodison Park on Wednesday.

Unbeaten in their last six visits to this ground, Spurs are also available at those same 17/10 (2.70) to get the better of what looks likely to be a tight match.

With so little to choose between the sides, odds of 11/5 (3.20) may prove tempting on them taking this game into extra-time after a draw in 90 minutes.

James Rodriguez is a doubt after coming off injured in Saturday’s 3-3 draw against Manchester United, while Allan and Jordan Pickford will need to be assessed and Jean-Philippe Gbamin remains sidelined.

Dele Alli is doubtful and Giovani Lo Celso and Sergio Reguilon both ruled out, although Harry Kane is back after making his return ahead of schedule in the 2-0 victory over West Brom.

Kane’s return couldn’t have come soon enough for Jose Mourinho’s men, who had looked toothless in successive 1-0 defeats against Chelsea and Brighton prior to Saturday.

However, another low-scoring game looks likely considering the last two encounters between this duo have both finished 1-0 - with each claiming one victory apiece.

Indeed, the Toffees have only scored four times in their last six home games against Premier League opposition, while the visitors have struck just eight times in eight away matches against top-flight rivals.

With neither team likely to open themselves up too much and both struggling for cutting edge, odds of 10/11 (1.91) are surely worth backing on no more than one finding the net within 90 minutes.

That bet would have paid out in Tottenham’s last three consecutive matches, as well as their last two in a row versus Everton.