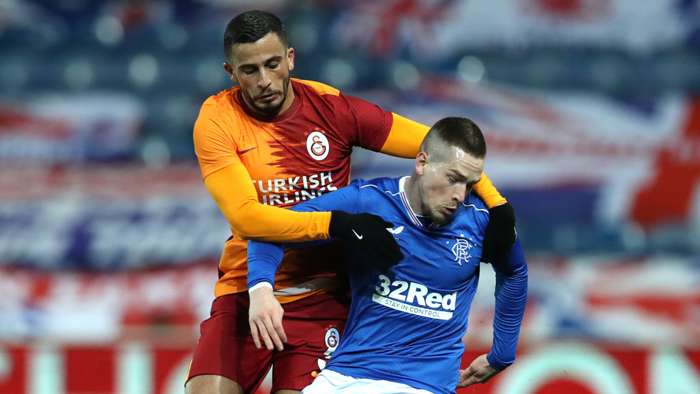 Galatasaray defender Omar Elabdellaoui is said to be making a “positive” recovery after a firework blew up in his hands during New Year celebrations.

In a statement, Prof. Dr. Vedat Kaya said: “So far, everything is in a positive way. There is a certain improvement in vision, especially in the left eye. There is also a great recovery in the right eye.”

Previously, Kaya had cast doubt over the long-term prognosis for the 29-year-old player, but this was a more upbeat message.

"There are injuries in both eyes, more in one eye,” he had said previously. “His current situation is better than yesterday. He has the ability to see, but how will his condition be in the future? It is difficult to say anything now.”

Galatasaray, meanwhile, have done their best to quell fears over the player’s condition and were quick to stress after the incident that there was no threat to his life.

"Omar Elabdellaoui is in good health,” a statement from club president Mustafa Cengiz read. “It is still early to talk about his long-term health, but he is getting better. The hope should never be lost. I think that we have to wait one or two weeks.”

Elabdellaoui has made seven appearances for Galatasaray since joining in August from Greek side Olympiakos, where he made more than 100 appearances over six years.

He began his senior career at Manchester City but failed to make a competitive appearance for the Premier League club, spending time out on loan at Stromsgodset, Feyenoord and Eintracht Braunschweig.

He eventually made a permanent move to Braunschweig in 2013, spending a season with the German side before moving to Olympiakos.

He also had a short loan spell back in the Premier League with Hull City in 2017, making nine appearances in all competitions.