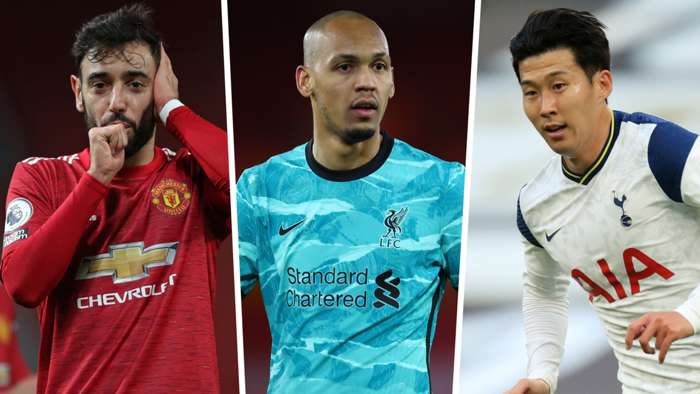 Bruno Fernandes, Heung-min Son and Jordan Henderson were among the stars to shine brightly in 2020, but former Liverpool striker John Aldridge claims “flawless” Fabinho was the “best player” of the last 12 months.

Elsewhere, South Korean forward Son cemented his standing as one of the most fearsome forwards in world football, while Portuguese playmaker Fernandes has become a talismanic presence at Manchester United.

The likes of Manchester City midfielder Kevin De Bruyne – who landed the PFA Player of the Year award last season – and Leicester striker Jamie Vardy have also continued to thrive on the grandest of stages, but Aldridge believes an unsung hero on Merseyside deserves the biggest billing.

The ex-Liverpool frontman has told the Sunday World: “There was a lot of debate over who was the best player of 2020 and Jordan Henderson got a few nominations, but I'd be tempted to select another Liverpool player for that prize.

“Bruno Fernandes has been superb since he arrived at Manchester United in January and the Tottenham duo of Harry Kane and Son Heung-min have been top class.

“Yet when I look at a player who has been most influential in the best team in the land, my focus falls on Liverpool's flawless maestro, Fabinho.

“He took some time to find his feet at Liverpool, but Fabinho's importance to Jurgen Klopp's side has been highlighted time and again in recent months.

“This Brazilian was fantastic in midfield in the first half of 2020 and has been a maestro at the heart of the defence since Virgil van Dijk and Joe Gomez picked up season-ending injuries.

“In fact, if all of Liverpool's defenders were fit and available, Fabinho would probably be picked as Van Dijk's partner ahead of everyone else and that says a lot about his performances.

“He has barely put a foot wrong since stepping into the heart of the defence and he has been a great leader to guide youngsters Nat Phillips and Rhys Williams in the last few weeks.

“It's not easy to play in an unfamiliar position and look like the best player in that position in an instant, but Fabinho has pulled that off and he has been a revelation.

“I don't think a Liverpool defence made up of a makeshift midfielder, the occasionally fit Joel Matip and a couple of young kids will be enough to win them the Premier League title in 2021, yet as long as Fabinho continues to perform as he has done in the last few months, anything is possible.”