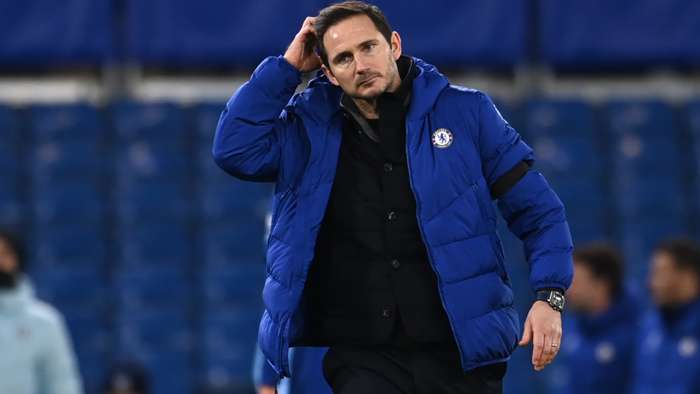 Frank Lampard is running out of time as Chelsea manager, according to Roy Keane.

The defeatcontinued a concerningrun of form for theBlues, who have won just one of their last seven Premier League matches and sit eighth in the table.

Lampard led Chelsea to a fourth-placed finishlast season in his first campaign at the helm, which was seen as a strong performance in a season that saw Chelsea hit with a transfer ban.

But, after a summer spendof more than £200 million on new recruits, more was expected of the Blues in 2020-21.

Though all of Chelsea's new players need time to settle, Keane was dismayed by Chelsea's overall effort against City, and noted the club's track record of going through managers quickly.

"Frank will be concerned for what he saw today," Keane toldSky Sports."Today you’re thinking with the attacking players, I thought they’d put up a performance, but there was a lack of energy.

"When you’re losing a game 3-0 and not putting a tackle in, it’s a huge concern. He’s got senior players out here, players who have won the World Cup, how they didn’t sort it out, making tackles, pulling people in, sitting in. That would be the big concern for me.

"Chelsea don’t give managers time. It’s in their DNA and history not to give them time."

Keane added that while managers like Jurgen Klopp at Liverpool and Pep Guardiola at City were afforded time to build their projects, Lampard may not be given the same luxury given his lack of a comparable track record as a manager.

“I don’t think Frank’s going to get much time. There’s huge pressure this year, you have to give players time to settle coming from foreign countries," Keane added.

“Last year he had a free pass, but they’ve spent money and it brings added pressures, no matter who the manager is.

“Every team has injury problems, he’s got to get ready. When you start questioning work-rate and desire, no matter how good a team you are, you’re going to slip up.