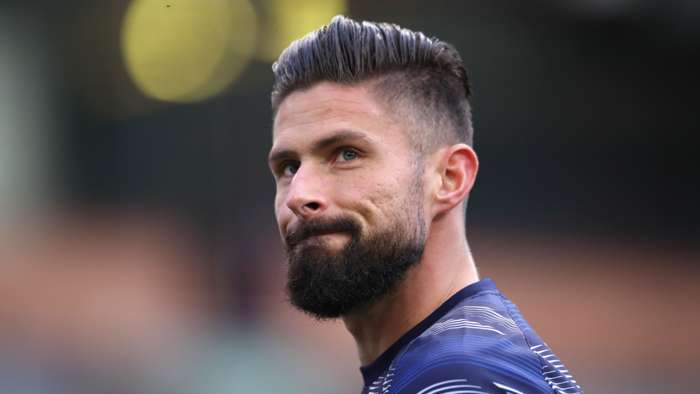 Olivier Giroud feels he has been “disrespected” and “underrated” over the course of his career, but the Chelsea striker accepts that he is never going to win favour with everybody.

He has won major silverware with club and country, with success enjoyed in his homeland and England, and is still going strong at 34 years of age.

Giroud has, however, been a divisive figure at times, with his qualities not always being universally appreciated.

His value has been recognised at Emirates Stadium and Stamford Bridge, but those on the outside looking in have questioned his contribution to any given cause.

As he approaches the veteran stage of his career, Giroud accepts that – as a burly frontman most at home when leading the line as a No.9 – he is not going to win over everyone.

He has learned to accept that, with criticism being shrugged off as part and parcel of life at the very highest level.

“It doesn’t matter who you are, everybody gets disrespected,” Giroud, who has sparked exit talk at Chelsea again this season, told Stadium Astro.

“There is nobody who will be praised by everybody. You know it is part football, part of the game.

“Sometimes people want other players to play. I understand that with that experience and I’m okay with that.

“Maybe sometimes I am underrated but the most important thing is the numbers. For a striker that is what matters.

“As long as I am efficient for the club team and Les Bleus and making my family proud, the rest I concede.”

Giroud has worked his way back into favour at Chelsea over recent weeks, with his goal tally for the campaign taken to nine, and he is enjoying working under Blues legend Frank Lampard at Stamford Bridge – despite questions being asked of an inexperienced coach during struggles for consistency.

“It’s nice to have a younger manager,” said Giroud, who has been on the books in west London since January 2018.

“He is still learning through his career but has already got a lot of qualities to manage a team. He has got good ideas.