Cavani at his peak is the striker Manchester United need - Hughes 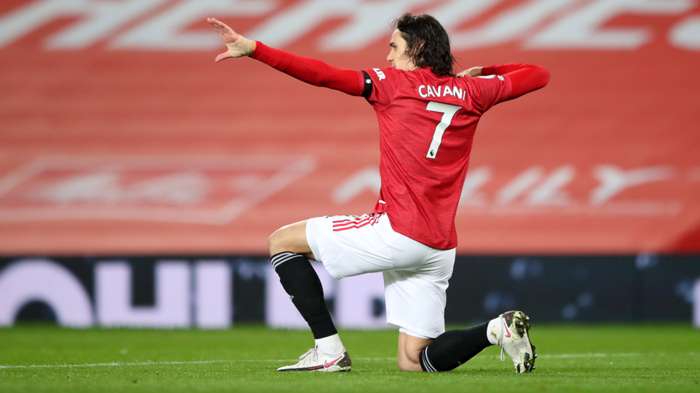 Manchester United have brought Edison Cavani to the club too late to reap his best form, says ex-attacker Mark Hughes, but the Welshman feels he remains the type of attacking focal point worth targeting.

But at 34, he is very much in the twilight of his career - and while Hughes feels that he still has plenty to offer, he regrets that the Red Devils were not able to bring him onboard half-a-decade ago.

“United have got good quality at the top end of the pitch,” Hughes told Sky Sports. "Marcus Rashford and Mason Greenwood are highly thought of, but maybe they need Cavani five years ago when he was in his pomp.

'They probably got him at the wrong time, but he is still an outstanding centre forward. When I see him playing in this team I think he gives them more focus, and they have confidence of giving the ball to his feet and things happen around him.”

Rashford, Greenwood and Anthony Martial are other attacking options for Solskjaer, but Hughes does not believe they are suited to playing down the middle and wants to see the club sign a forward in the mould of Cavani.

“The reality is, the other players I have mentioned, Martial included, they want to play in any other position than down the middle,” Hughes said.

“Rashford and Martial would prefer to be on the left-hand side, Greenwood prefers the right-hand side, and while they have all been tried down the middle, you get the sense than none of them want to be there.

"They need someone with that quality to play down the middle to give them that focus.”

Hughes feels Tottenham forward Harry Kane and Borussia Dortmund striker Erling Haaland are likely types, but doesnot know if United have the financial muscle to compete in the transfer market.

“They (Haaland and Kane) are certainly the type of player they need to be in the market for,” Hughes said. “How much ability they will have in the market to be able to go and attract those players though, who knows, because there are lots of clubs that will covet them.”