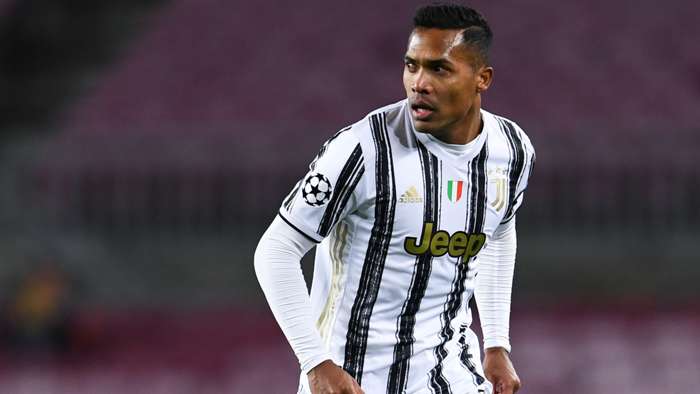 "Juventus announces that following the appearance of some mild symptoms, a check was arranged for the player Alex Sandro, which revealed his positivity to Covid-19," a statement read.

"The player has already been placed in isolation.

"The club is in contact with the health authorities for the definition of an effective implementation of the protocols needed to allow the training and competition activities of the team."

Alex Sandro featured for 83 minutes against Udinese before being replaced by Gianluca Frabotta, at which stage the hosts were 3-0 up in the game.

The 29-year-old has made seven league appearances under Andrea Pirlo during the 2020-21 campaign, as well as featuring three times in the Champions League group stage.

Juve travel to San Siro to face AC Milan - the unbeaten Serie A leaders - in midweek, followed by a home game against Sassuolo on Sunday.

Pirlo is already likely to be without Alvaro Morata for the trip to Milan, with the Spain international troubled by a thigh problem that kept him out of the win over Udinese.

The win over Udinese kept Juve within 10 points of leaders Milan and Pirlo’s side have a game in hand.

While the season is not even at the halfway stage, defeat at the hands of Milan would leave Juve with a mountain to climb in their bid to win Serie A for a 10th season in a row.

Former Arsenal midfielder Aaron Ramsey - who had a goal disallowed on Sunday - could well play a key role in Milan, after drawing praise from Pirlo after the win over Udinese - provided he pulls through training without any problems.