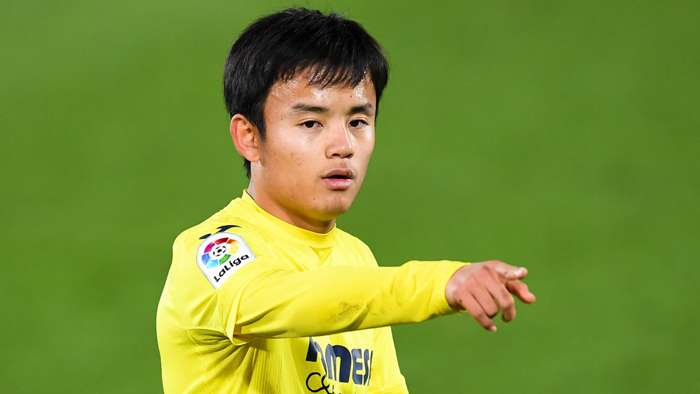 Takefusa Kubo has seen his wish granted after having his unhappyloan spell at Villarreal cut short, with Real Madrid terminating that agreement and sending the Japan international out to Getafe.

Kubo had previously been allowed to link up with Real Mallorca, with his parent club eager to get regular game time into him after a high-profile switch to Europe.

That move proved to be a positive one, as 36 appearances were madeacross all competitions, but the going proved to be much tougher at Villarreal.

With Kubo struggling to nail down a starting berth, he expressed a desire to start afresh elsewhere.

Villarreal boss Unai Emery told reporters of his discussions with the youngster: “I asked Kubo if he wanted to stay or leaveand he told me that he is looking for a way out.

“Take’s behaviouris good, he has helped us and he must continue to grow as a player, however, he told me he wants to leave in order to find more minutes elsewhere and that’s why he wasn’t in the matchday squad today.”

Getafe were quick to make their interest known, with club president Angel Torres telling Onda Cero: “Kubo wants to come to Getafe. Yes, another reinforcement could be Carles Alena, but we are not going to go crazy.”

Real have now confirmed that Kubo will be spending the rest of the season on the outskirts of Madrid at Coliseum Alfonso Perez.

A statement from the Blancos read: “Real Madridand Getafe have agreed the loan of Takefusa Kubo until the end of the season.”

Kubo will be eager to make a positive impact in new surroundings, with there still plenty of potential to be unlocked in his game.

Barcelona had once hoped to be the ones to benefit, as they added a hot prospect to their La Masia academy ranks, but recruitment breaches forced them to part with his talent.