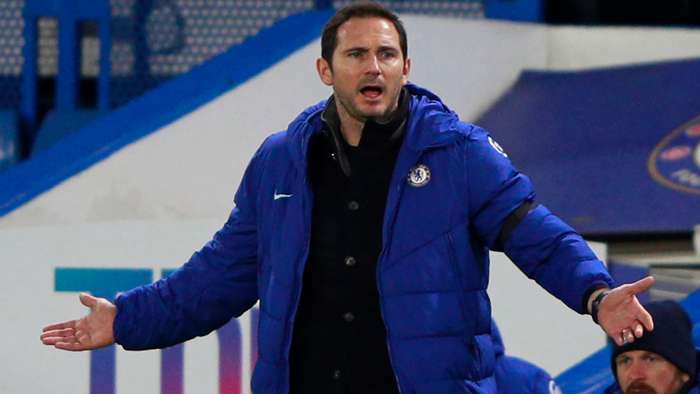 Chelsea manager Frank Lampard acknowledged that he was given a sharp jolt of reality as the Blues capitulated at home to Manchester City on Sunday.

The latest, a 3-1 reverse at Stamford Bridge at the hands of City, was concerning not just for the result but also the subdued display offered by the hosts.

Chelsea mustered just two shots on target to give debutant goalkeeper Zack Steffen a quiet afternoon between the posts, and only troubled the scorers late into injury time through Callum Hudson-Odoi when the game was already out of reach.

And with the Blues having slipped down to eighth as a result of their recent woes, Lampard admits that the pressure is on.

"I am not putting ourselves down. I am the man to have the reality check and there will be work and at times pain," the manager explained to BBC Sportafter the final whistle.

"Today was painful in the first half in football terms because their level of play shows where we need to aspire to. In the second half I saw a reaction but the work needs to be done."

When asked what was to blame for defeat, Lampard answered: "Mistakes, individual mistakes, not getting close enough. They punished us. If you want to reach the top level which City have been for a few years now you have to accept the pressures. The second half we competed but at 3-0 the game was pretty much done.

"I am not trying to talk up the last 20 minutes of the game because at 3-0 the vitals of the game have changed but I was still looking for a reaction."

The Blues boss added to Sky Sports: "For 10 minutes we were good, then they started to play and we concede two poor goals back to back in the game. It knocked us and we didn't react well. We allowed the space for Kevin De Bruyne and Ilkay Gundogan for the first goal. Serious lessons in the first half, good character in the second half but then the game was done.