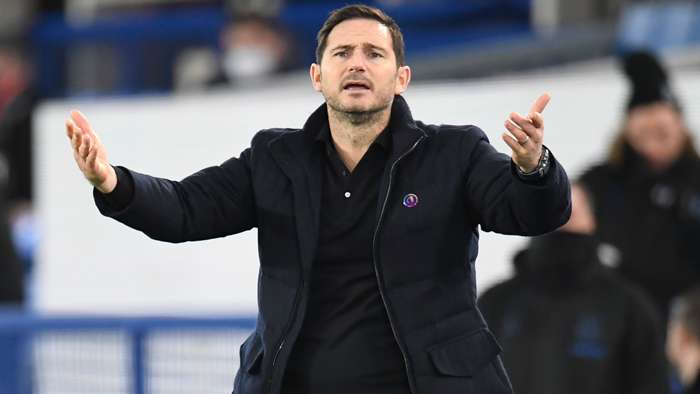 Frank Lampard must be given time at Chelsea saysGlenn Hoddle, who hopes Roman Abramovich understands that the current team is a "work in progress".

Lampard seemed to be getting a tune out of Timo Werner, Kai Havertz, Hakim Ziyech, Ben Chilwell and Edouard Mendy, with the Blues having forked out over £200 million ($301m) to bring in thefive players in the summer transfer window.

However, results took a turn for the worseover the Christmas period as Chelsea suffered losses against Everton, Wolves and Arsenal, which allowed Liverpool and Manchester United to start pulling away at the top of the Premier League table.

The west London outfit suffered their fifth defeat of the season at home to Manchester City on Sunday, and they may now have a fight on their hands to finish in Champions League places unless Lampard can oversee a swift turnaround in fortunes.

It has been suggested that Chelsea owner Abramovich will pull the trigger on a club legend, but Hoddle is adamant that his old club should stick with their current manager as he tries to piece together a successfulsquad.

Asked if Lampard should be sacked ahead of the season half of the season, the former Blues player and coach told the Evening Standard:"I am not even going to contemplatethat question. He has to be given time.

"It is a work in progress at Chelsea. They are falling short against the top teams and they have to find a way mentally to overcome that. They look better against the lesser teams but at the moment they look as if they are not quite ready to really win the league.

"They have talent in the squad but it is going to take some time, they are going to go through these rough patches. That is the process of building a side. You just hope the owner has that vision as well and understands that."