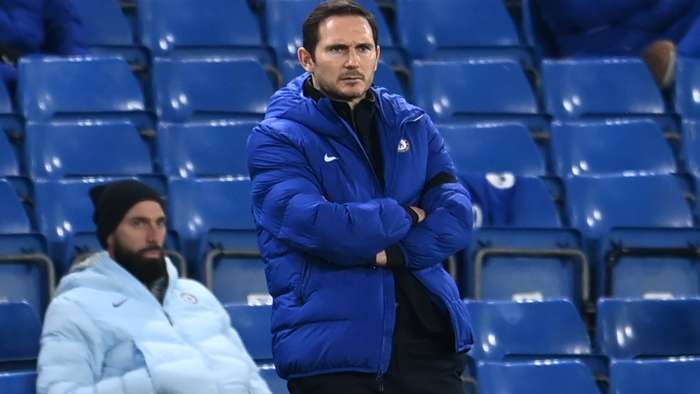 Chelsea manager Frank Lampard insisted he is not worried about being sackedafter his side lost 3-1 at home to Manchester City on Sunday.

Pressure is building on the former Chelsea and England midfielder, but he does not fear losing his job at this point.

"I am not going to speak for the people above or the board," he said at a press conference after the match.

"I can't answer about my contract, the run and the difficult results, I can only speak as the manager of the club."

He added: "I am not concerned on that. I just spoke to the team after the game about how I expected periods of difficulty. I know it doesn't come easy.

"A month ago, people were discussing when was I going to get a new contract. Pressure remains constant. My job is to keep working and pick up the players.

"I had tough periods last year. Maybe I had some mitigating circumstances so people didn't view them the same but I had a really good run in November and we lost three home games in December that we controlled.

"The first person who puts on the pressure is me. At times, last year, I wanted to push and be even better than fourth, even though I felt it was an achievement considering the ban and the youth in the squad.

"This season the 16-game unbeaten run was something I was always trying to temper as it went on. We breezed through our Champions League group.

"I didn't take much notice of that because I felt that with the players and the way they were playing that we should get through and we showed some really good form."

Lampardadded that he expects his side will take some time to reach their best, as injuries and inexperience have contributed to Chelsea's recent downturn in form.

"At the minute, we are in a tough period. I understand it as I played here for a long time. I understand the minute that you lose a few games in a short period of time then everyone looks and asks questions," Lampardsaid.

"Then everyone looks at it differently and says you spent that much money. Well, the reality is that a lot of the players who came in are young, new, have been injured, not played together before.

"I haven't been able to play Hakim Ziyech, Christian Pulisic or Timo Werner in the same team. If we are expecting the relationship between them three to be the same as Raheem Sterling, Kevin De Bruyne and Bernardo Silva today then there are expectations that are not real.

"The expectations after Leeds that we are title contenders was not real. I am real now in saying the club has to take pain for where we want to get to. Any build or rebuild that we have with the players we brought in takes pain. That means pain on the pitch, pain behind the scenes and fight and character.

"That's how you build. Pep Guardiola in year one at Man City, an incredible coach comes in and there's tough times. We know the story with Man City and Liverpool.

"I am not putting myself on that level because I have to show that in a few years time and I have to show it. I can only talk about us and I can say this is a difficult period.