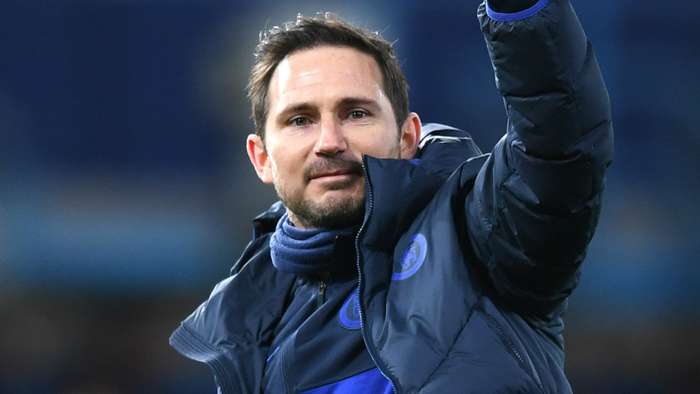 Frank Lampard has vowed never to walk away from Chelsea, with the Blues boss embracing the pressure that has accompanied a £200 million ($274m) spending spree.

He delivered on that as a goalscoring midfielder and intends to do the same as an ambitious coach.

Chelsea were guided to the FA Cup final last season, and a top-four finish, with a title challenge being talked up by many in 2020-21.

The Blues are still searching for consistency, leading to questions being asked of those on and off the field, but Lampard says he will never quit the most demanding of posts.

He told reporters after seeing his side take just four points from their last five Premier League fixtures: “I enjoy pressure. If I didn’t enjoy it I would not have got back into this, or I would walk away at the first chance, and that’s never ever going to be something that I would do.

“The first person that puts pressure on me is me. I do that all the time, for good and for bad.

“I take it on. I don’t mind it.That’s how I am. Maybe my wife will tell you how I react to pressure better than I do. But I don’t kick the dog!”

The former England international added: “It doesn’t mean you are always happy. I’m not as happy right now as I was when we beat Leeds last month and we were on a 16 game unbeaten run. That’ s normal.

“But it makes me focus on the job. You learn a lot more in defeat or in tough moments. You have to review more, look at yourself more, look at every little tiny percentage, and I like doing that. That makes you better as a coach and as a person.

“It’s a different level of pressure from when you are a player, and that’s something I had to handle as soon as I stepped into management. Because you take the pressure on from more angles, and rightly so.”

Lampard was backed by Chelsea owner Roman Abramovich over the summer, with a number of fresh faces drafted into his squad, and the 42-year-old is determined to deliver a return on that investment.

He said of the challenges he faces: “I don't think it's my first test as a manager. Last year there were many tests from start to finish.

“That's the nature of the job when you're coming into a team that's young and changing. You’re not going to go from zero to 100. You have to be ready for those times.

“I'm not stupid- I know that we need to get results.

“So it's head down time. Head down and work. And not consider the table too much - the only thing that will change it is usjust going game for game.”