Lionel Messi's next club: Where will Barcelona legend transfer in 2021? 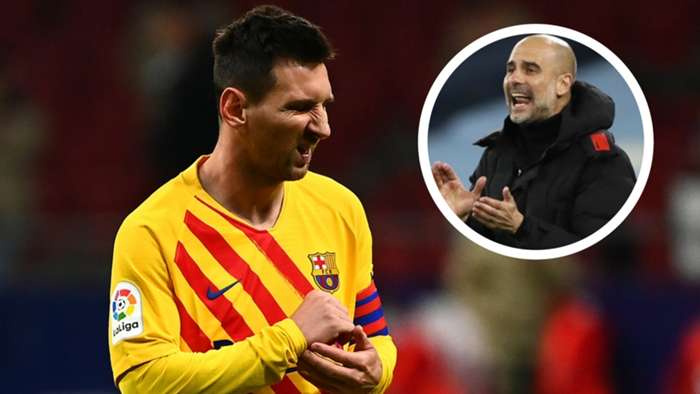 When Lionel Messi announced last summerthat he wanted to leave Barcelona, the world was at a standstill.

But now that Messi's contract is expiring this summer,he could be set to actually leave this time.Which club could he potentially play for next? Goal takes a look.

Messi's contract with Barcelona expires at the end of the current season, meaning he could leave Camp Nou for free in the summerand is now allowed to talk to other clubs.

Messi'scontract buyout clause (or release clause) is €700 million (£630m/$825m), which wasput in placewhen Messi signed a new four-year contract with Barcelona in 2017.

This clause, however, will expire at the end of his current deal, paving the way for him to join another club as a free agent.

The Argentine has stated that he does not intend to announce his future plans until the end of the season, tellingLa Sexta: "What matters now is thinking about the team, finishing the year well and not being distracted by other things. I don't know what will happen.

"I'm focused on what we have here and battling for whatever we can. I'll wait until the season is over."

Staying at Barcelona and extending his contract is still an option for the forward, but it will be up to the next Barcelona president to convince the superstar to stay.

After the major falling out between Messi and former president Josep Bartomeu, the relationship between the board and the player still remains uncertain - with evenpresidential candidate Agusti Benedito pessimistic about Messi's futureat Barcelona.

"Keeping Messi would be the best news for the club but I am not very optimistic," the Spanish entrepreneur toldESPN. "Given the club's situation, I think it's really important that he stays at Barca, with the understanding that he understands the next two years we have in front of us could be difficult."

Barcelona are set tohold elections for a new president on January 24.

Paris Saint-Germain as a destination for Messi is one of the likelier options, especially as the club will be able to afford him - and he will be granted a long-desired reunion with former team-mate Neymar.

Mauricio Pochettino refused to link himself to rumours that the club have targeted Messi as a summer target, telling reporters in his first press conference as manager: “We leave the rumours aside. All great players are welcome at PSG.

“Father Christmas has been generous with me, I take this opportunity to thank president Nasser Al-Khelaifi and sporting director Leonardo for the trust and to be in this great club and back in this house.

“It's one of the biggest clubs, if not the biggest in the world, so it's normal that there are rumours. We have just arrived so we leave them aside.”

The Premier League club emerged as a hopeful frontrunner for Messi's signature during the transfer saga last summer, and is another likely option for the 33-year-oldalong with PSG.

Both clubs have the financial means to afford Messi, but Manchester City have the lure of Pep Guardiola, whom Messi played for during his golden years at Barcelona.

The two continue to have a strong relationship, with chief operating officerOmar Berrada tellingtheManchester Evening Newsof previous Messi links: “He's an amazing talent, he's somebody that can make a significant impact at any club in the world on and off the pitch immediately.

Messi revealed for the first time in his career a desire to play in MLS, telling La Sextathat he would like to play in the United Statesone day.

"I always said that I have the impression that I would like to enjoy the experience of living in the United States, of living in that league and that life, but if it happens or not I don't know," he said in the interview.

Should Messi decide to go Stateside, he would follow in the footsteps of European greats David Beckham, Thierry Henry, Steven Gerrard and Wayne Rooney, who all had stints in North America.

Due to the unique nature of the City Football Group, which owns both Manchester City and New York City FC, the Big Apple could be a realistic destination for the striker.

According to ESPN, there is a likelihood of Messi reuniting with Guardiola at Manchester City before retiring at NYCFC - a sister club to the Eithad side - to mark the end of his playing career.

While high-profile sides likeLA Galaxy and LAFC shouldn't be ruled out, the links between NYCFC and Man City make it a more likely destination, though David Beckham's Inter Miami is also an option.