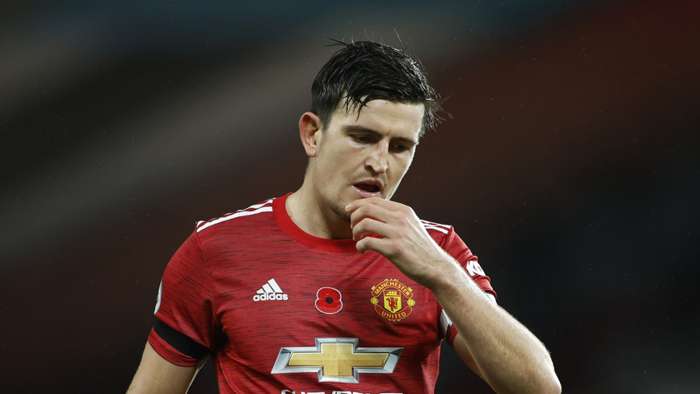 The criticism faced by Harry Maguire during his time at Manchester United “is a bit harsh”, says Lee Sharpe, with an £80 million ($109m) centre-half considered to have been “phenomenal” for the Red Devils.

A record-setting price tag lumped more pressure onto Maguire’s shoulders, but he settled quickly in new surroundings and was handed the captain’s armband by Ole Gunnar Solskjaer midway through his debut campaign.

The odd question has been asked of his value since then, with a testing start to the 2020-21 campaign seeing the 27-year-old’s actions on and off the field fall under the microscope.

Maguire has played his way back into form, helping United to draw level with Liverpool at the top of the Premier League table, and Sharpe feels doubters have picked the wrong target in Manchester.

The former United winger told Stadium Astro when quizzed on Maguire’s impact: “I think what happened in the summer on his holidays has spilled over a little bit.

“I think he’s had a couple of not so good games and people have picked up on it. But I think the consistency levels since he got to United have been phenomenal.

“He has shored up the defence, he reads the game really well, he can play. You can tell that as a kid he was more of a midfielder than a defender because he’s more of a footballer than just a stopper.

“I think he has been fantastic for the club. Criticism is a bit harsh.”

Sharpe added: “You go and play for a club like Manchester United, who are one of the biggest in the world, it’s part of the territory. You have to take the criticism.

“You are there to be shot at, but no-one generally criticises you more than yourself. I think he has handled things well.

“It’s a difficult place to go. Stepping up from any club to go to Manchester United is difficult and I think he’s handled it with class.”

United have come back into title contention this season and Sharpe believes Maguire has played a leading role in that charge as part of an improving defensive unit.

The ex-England international added: “You ask any manager and a successful team and they will tell you that the most important thing for a winning team is a strong, steady and consistent back four.