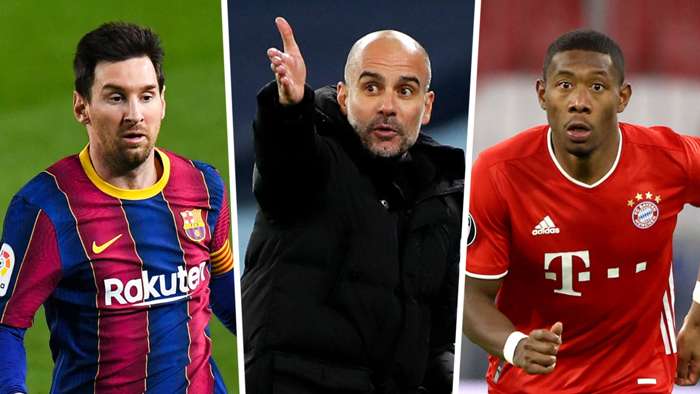 It is very rare for Pep Guardiola to make new signings in January, but that does notrule out the Manchester City manager making a move this time around.

Guardiola generally prefers to start and end the season with the same squad, and has already played down the possibility of new arrivals in January– despite Sergio Aguero’s persistent injury problems and a lack of goals threatening to hinder their title challenge.

When asked in November if City were looking at reinforcements during the winter window, the former Barcelona boss replied, "No, not at all. I have a fantastic team to fight for all the titles."

However, he and director of football Txiki Begiristain will also have an eye on next season and it is possible that they may wrap up some summer deals in January.

City’s problems at the back hindered their hopes of landing a major trophy last season and Guardiola made strengthening the centre of his defence the priority in the summer.

The acquisitions of Ruben Dias and Nathan Ake, coupled with the re-emergence of John Stones, have since turned City into one of the meanest sides in Europe.

City are paying a price at the other end of the pitch, though, with a once free-scoring side now struggling in attack.

However, when asked last week if a new forward would arrive next month, Guardiola replied: “No, I don’t think so. The economic financial situation is what it is. All the clubs struggle and we are no exception."

However, a special case would be made for Lionel Messi if there were any possibility of the Argentine leaving Barcelona before his contract expires during the summer.

At the moment, Messi is set to stay at Camp Nou for the rest of the season, but what happens next season remains to be seen.

The six-time Ballon d’Or winner will be able to speak to clubs from January 1, and Guardiola's recent decision to sign a two-year contract extension at the Etihad Stadium might just have convinced Messi that his future lies in Manchester.

Bayern Munich's David Alaba is another world-class talent in a position to sign a pre-contract agreement next month. As it stands, the versatile defender will be a free agent in the summer, as talks with his Bavarian employers over a new deal have stalled.

Guardiola knows the Austria internationalwell, having worked with him during his time at the Allianz Arena, and Alaba would be the ideal answer to City's problems at left-back.

Academy graduate Eric Garcia has slipped down the pecking order at City, but the defender remains a priority target for Barca. The Spanish giants failed with a deadline-day move for the Masia product, who turns 20 in January.

Garcia has turned down an improved contract offer at the Etihad and will be able to leave for free in the summer. However, the Blaugrana want to complete a deal before then, with their season in danger of petering out and are expected to return with another offer in January.

Oleksandr Zinchenko is another potential departure, with the Ukraine international having failed to re-establish himself in Guardiola’s side.

The 24-year-old has made just fourstarts this seasonand played just 12 minutes in the Premier League in total, with Benjamin Mendy and Joao Cancelo presently preferred at left-back.

Wolves came close to signing the utility player in the summer of 2018 and could make another move, but are likely to face some competition for Zinchenko's services.

Highly-rated academy winger Jayden Braaf could also leave, with a number of Bundesliga clubs, including RB Leipzig, watching the Dutchman.

Despite never having played for the first team, the 18-year-old would command a hefty fee and it is no surprise that comparisons are already being drawn to Jadon Sancho, who devastated City by leaving for Borussia Dortmund three years ago.

Messi would walk into any team in the world, but with a January transfer unlikely, City’s first team will not look too different during the business end of the 2020-21 season.

Guardiola will hope that Aguero can shake off the injury problems that have held him back in the opening months of the seasons to reclaim his place at the head of the attack.