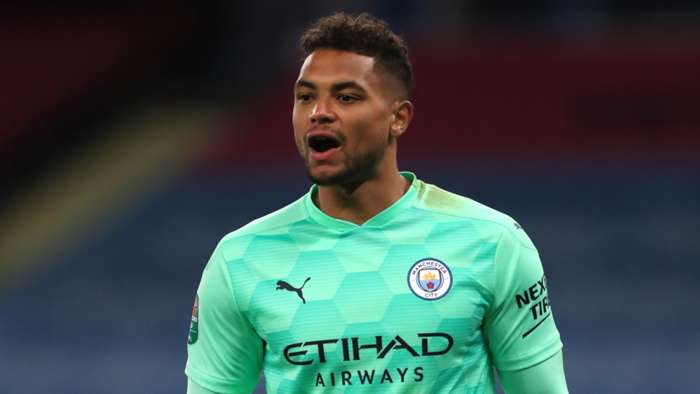 Manchester City will not shortchange their FA Cup ambitions despite the tight tussle they find themselves in for the Premier League title, insists goalkeeper Zack Steffen.

City earned the victory thanks to an early Bernando Silva double inside the opening 15 minutes, with Phil Foden adding a third just beyond the half-hour mark to seal the deal.

Combined with their progression to the Carabao Cup final in midweek and with their Champions League ambitions very much alive, City are facing an increasingly hectic schedule over the coming months.

A delayed start to the Premier League season compared to their rivals is another compounding factor, along with Covid-19 cancellations to boot.

Yet Steffen, who has moved up in recent weeks between the sticks for Guardiola, is insistent that City will not discard cup competitions alongside their aspirations to reclaim their domestic crown.

"We want to lift as many trophies as we can,"the USMNT man was quoted by theclub's website. "We want to win as many games as we can, and we want to play as best as we can by playing the best football.

"It was nice to get my first FA Cup match under my belt. I hope to play more cup games as the season goes on so this is an important competition for all of us and one we want to win. We want to lift this trophy."

Steffen has deputised for regular City shot stopper Ederson following the latter's diagnosis with coronavirus, and admits he is relishing a run as first-choice keeper.

"That’s our job, to stay focused for 90 minutes.I’m lucky to be part of a team where I can play with the ball and touch the ball with my feet to stay active and involved with the play," he admitted.

"I love playing. I’m really enjoying it and it was great to get out there for a few games. It’s just a shame there were no fans.

"I feel confident and have got into a rhythm, I think the players in front of me have done a great job during these matches and I'm going to keep working hard to get myself out there.