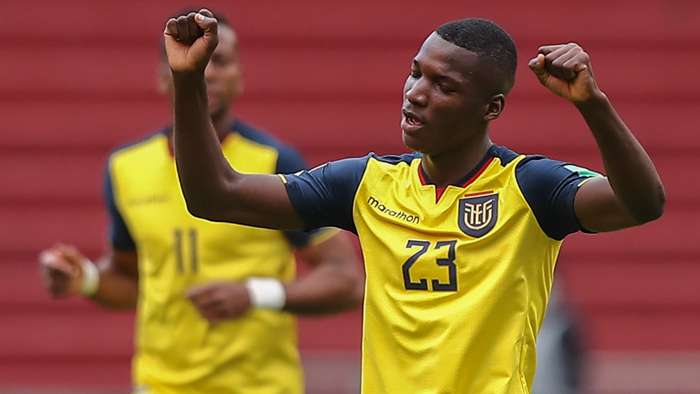 Manchester United were rumoured to be eager to wrap up a €6 million (£5m/$7m) January deal for the midfielder, though Independiente said earlier this month that the Old Trafford side had not made a bid.

Caicedo made his breakthrough at the Ecuadorian Serie A side in 2019, going onto make 31 appearances in all competitions and was handed his debut for the national team last October.

“It's no secret we have been working to bring Moises to the club, and we are very pleased he is finally here," Seagulls coach Graham Potter told the club's website.

“He will need time to settle in with the group, for us to get to know him and vice versa, as well as get up to speed and ready for the demands of the Premier League.

“He has done very well in Ecuador and made his debut for his country at just 18. He's an exciting signing, but it is important we give him time to adjust.”

Technical director Dan Ashworth reiterated that the new arrival will need time to get used to his new surroundings but is convinced of his potential to shine in the Premier League.

“Moises has had a lot of interest from clubs across Europe, which is understandable given how well he has done," he said.

“He's been one the recruitment team has been aware of for some time and we are confident he is a player with a very exciting future ahead.

“It has been a complicated transfer, due to the current restrictions, and there has been a lot of hard work across several of the club's departments to get the transfer completed.

“Moises is still a young player, moving away from his country for the first time, so we allow him the time he needs to adjust and adapt.”