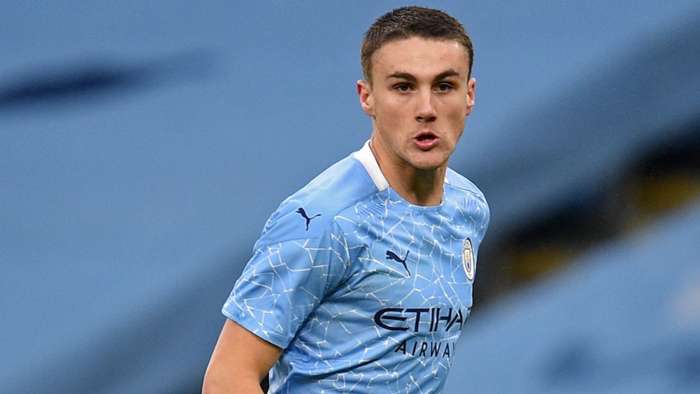 Manchester City defender Taylor Harwood-Bellis has joined Blackburn Rovers on loan until the end of the season.

A number of clubs were interested in taking the 19-year-old until the end of the season but he has decided to join Blackburn for the next six months.

The Championship club are three points off a play-off place and have a growing reputation for helping youngsters to develop under manager Tony Mowbray.

Former City defender Tosin Adarabioyo enjoyed a fruitful year-long loan spell at Ewood Park before completing a switch to Fulham in the summer.

Harwood-Bellis’s move to Blackburn does not include any option to buy, with the Stockport-born defender seen as having a potentially big future at Etihad Stadium.

He signed a new contract in December 2020 that will keep him at the club for another four years.

A boyhood City fan, he joined the club’s Academy as an eight-year-old and played a major part in them winning the FA Youth Cup for the first time in 12 years earlier this season, but with four senior centre-backs - Ruben Dias, John Stones, Aymeric Laporte and Nathan Ake - at the club, his chances of first-team experience are limited.

Guardiola also has the option of Spanish international Eric Garcia to fall back on, with his move to Barcelona not expected to happen until the summer when he will be available for free.

Harwood-Bellis has trained regularly with the first team since he made his debut in September 2019 as a 17-year-old.

He played in two Carabao Cup games and two FA Cup matches this season, most recently the 3-1 victory over Cheltenham Town in January.